President Obama has reportedly been having trouble sleeping. After one night of particularly bad dreams the President called on his advisors to discuss the matter. He described a series of dreams which in which he saw American-made Chevys and Fords being eaten by some kind of Chinese car. Obama’s advisors did not know what to make of this, until one recommended a solution. “Um, sir, I worked as a prison wardon once, and we had a prisoner who had an uncanny ability to interpret dreams, he might be able to help…”

The prisoner, Jonathan Pollard, was cleaned up and rushed from his prison cell in Butner, North Carolina, to the White House.

“Jonathan, can you help me with this?” asked the President.

Pollard went on to interpret the dream as referring to an imminent collapse of the American economy, but also gave recommendations as to how to avert the mess. In a novel approach, Pollard recommended that the US government not spend money more than it has.

When the President heard of this great wisdom, he immediately appointed Pollard as Secretary of the Treasury. At the confirmation hearings, in which Pollard did better than any of the other Obama appointees, Pollard promised to get the US economy back in shape within 7 years.

However, just before Israel could launch the attack, Mahmoud Ahmadinejad, Ayatollah Khomeini and eight other top officials in the Iranian regime were found hanged in a secret bunker. It is presumed that the 10 committed suicide rather than face the fallout of the Israeli attack. The people of Persia held parades and celebrations in the streets of Teheran, and marked the day for all future generations as the Day of Freedom.

With the collapse of the Mullah era, Israel and Iran became great friends and created a new super-successful oil and gas conglomerate called IPOAG (Israeli/Persian Oil and Gas) which put OPEC out of business, and subsequently defunded the Saudi global terror efforts. The UN also was forced to close its doors after funding dropped out from both Arab oli states and the US, which stopped paying dues under new directives of the Treasury. Plans are now being drawn up for a new international body, and a new international court of justice based out of Jerusalem.

Jonathan Pollard’s release from prison was certainly seen as a great victory for Jews. However, the amazing chain of events which emanated from the freedom of just one man, that is, the betterment of the American economy, the fall of the Iranian Mullah regime, the success of the Israel/Persian alliance, the end of global terror, and the creation of a healthy international body, in the end furthered and bettered the lot of all mankind. 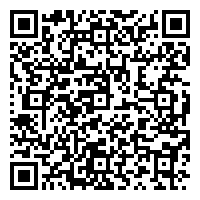