An alien ship that announced its arrival on Earth with an elaborate crop circle image of Israeli President Shimon Peres, turned out to be a scout ship sent out to collect the ancient politician for a short ride back to the mother ship, which had been waiting on the hidden side of the moon and is now on its way back to the home planet with the 90-year-old leader.

“I was overwhelmed as soon as I saw the markings on the field outside Kibbutz Tel Yosef in Emek Charod,” a choked Peres confessed to reporters. “It’s been such an adventure.”


The world famous politician, winner of a Nobel Prize for Peace, has been part of Israel’s landscape since he was planted here, outside the Ben Shemen village, halfway between Jerusalem and Tel Aviv, some time in the mid 1940s.

Shimon Peres, who changed his name from the harder to pronounce Zzzxxrcht Peres, has since played a varied and crucial role in Israel’s history. He taught Israeli scientists the secret of building an atomic bomb, invented Krav Maga, and spawned the special force Sayeret Matcal.

Zzzxxrcht Peres, who would not disclose his real age, told reporters it was “old enough to have watched more than a couple perfectly good suns go nova.” According to an official press release, the professional leader is wanted on a small planet 300 million light years away, where there’s an opening for a new director of the Ministry of Defense.

“I could do that one with my eyes tied behind my back,” Peres joked with his entourage.

Despite earlier plans, we are told that Sara Netanyahu is staying. 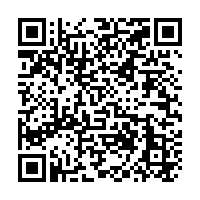