Traveling to Europe this summer, and passing through Italy? Expect possible delays…

The busiest airport in Italy is about to slow down, just in time for the summer season.


Rome’s Fiumicino Airport — also known as Leonardo da Vinci airport — plans to cut operations by 40 percent starting this Saturday. El Al Airlines flies daily to and from Rome, so Israelis are likely to be affected by this situation as well as everyone else around the world.

The move comes in the wake of a fire that damaged the airport, the sixth largest hub for air traffic in Europe.

The airport has only been able to operate at 80 percent capacity since the fire, which closed part of the airport and which has been under investigation since May 7. Capacity will be cut at the airport to 60 percent, starting with a gradual shutdown of arrivals at Terminal 3 beginning at midnight this Friday.

It is not yet clear how long the slowdown is expected to last.

Where Am I: It’s a Takeoff 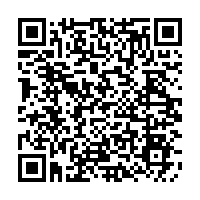