Currently a special education envoy for the United Nations, Brown issued a statement Tuesday appealing for more support for the Lebanese school system.


Brown himself vowed to help Lebanon raise $100 million towards the effort before August, the start of the coming school year.

Some 106,000 Syrian children have been enrolled in in more than 150 Lebanese public schools, Gordon reported Tuesday in a joint news conference in Beirut with Lebanese Education Minister Elias Bou Sa’ab.

Hezbollah terrorists have long been aiding the Iranian Revolutionary Guards Corpsmen in their fight to help government troops defend the regime of Syrian President Bashar al-Assad.

In Lebanon, the terrorists now clearly plan to use that country’s civilians as human shields in any future war with Israel, as did their Gaza counterparts south of Israel, the Hamas and Islamic Jihad terrorists, who both are also backed by Iran. 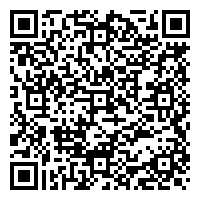