Some 150 Women of the Wall arrived at the Western Wall plaza Monday morning, but were not allowed to pray in the women’s section, despite the fact that they had been assigned an area there.

Police said that there was no room for the Women of the Wall because some five thousand seminar girls had come there earlier. Hundreds of Haredim also prevented the WOW from entering the Western Wall area.

In the end, police allowed the women to pray at the entrance to the plaza and fenced an enclosure around them there.

One seminar girl was arrested on a charge of rioting.

The WOW organization reported that police surrendered to Haredi bullying. They argued that had they come to the Kotel without police escort they would occupy a spot near the Wall as they had done each month for half a century.

According to Kikar Hashabbat, hundreds of police were deployed Monday morning at the Western Wall for the monthly provocation by Women of the Wall. But after the plaza had become packed with thousands of seminar girls, police decided the only safe move was to keep the Women of the Wall away. Dozen of plainclothes detectives were dispersed around the Kotel Plaza, monitoring and reporting.

The decision to keep the heavily outnumbered WOW away probably prevented a major, possibly violent clash.

The following is part of JTA’s take on this morning’s events at the Kotel:

“It sucks,” Women of the Wall’s chairwoman, Anat Hoffman, told JTA during the service. “It was a surprise.”

A police spokeswoman told JTA that the barricade was placed far from the wall for the women’s “personal safety.”

Thousands of haredi Orthodox girls and women arrived ahead of the Women of the Wall, packing the women’s section of the Western Wall plaza, praying silently and blocking Women of the Wall from entering.

A crowd of mostly male haredi Orthodox protesters surrounded the barricade, with some protesters singing and yelling epithets such as “Get out, Nazis!” Later in the service, protesters threw eggs and a bottle of water at the women, striking a male supporter of the group in the head.

Midway through the service, the women crowded close to the barricade, face to face with the protesters. The women held their prayer books in the air and sang loudly, trying to outmatch the chants from the other side of the police line.

Tolerance at the Temple Mount 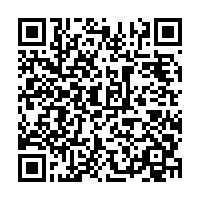