Susan Abeles’ saga began in 2013 when she took time off to observe the last two days of Passover, just as she had done annually for the past 26 years. During those years, Abeles, an Orthodox Jew, worked for the Metropolitan Washington Airports Authority (MWAA), mainly as a data specialist. The MWAA is the government-created public body that oversees Reagan National Airport in the District of Columbia and Dulles International Airport in Virginia. In 2013, the MWAA stunned Abeles by suddenly labeling her annual Passover time off as “AWOL” absenteeism. The charge arose not because Abeles failed to notify her supervisors in advance, which she had done multiple times in writing, but because the authority disapproved of how she reminded her supervisor, who was also on leave and could not be reached.

To punish Abeles, the MWAA slapped her with a five-day suspension without pay. Shaken, Abeles saw the action by her employer as a clear infringement of her religious rights prompted solely because she took time for the Jewish holiday. The last two days of the eight-day holiday are considered holy to all observant Jews throughout America, who abstain from work during that time. Due to the suspension, Abeles felt compelled to take involuntary retirement rather than endure what she has termed continued “harassment on account of her religious faith.”

For years, Abeles was told to routinely schedule her religious days off via various ordinary, direct means, including use of the official Outlook calendar utilized by her department. In 2013, the MWAA required an advance verbal approval from Abeles’ immediate supervisor. Even though Abeles, as in prior years, provided her supervisors with a complete list of all the days she would be out for religious holidays in 2013, her immediate supervisor was on leave the last work day prior to the end of Passover and was not available to acknowledge the final submitted request. So Abeles did the next best thing: she sent an email reminder to both her supervisor and her supervisor’s supervisor. The ranking supervisor promptly acknowledged the reminder with a reply email stating, “Thanks.” Despite these efforts, Abeles was still punished.

In May 2015, after Abeles left the MWAA, she sued the authority and her two supervisors, Valerie O’Hara and Julia Hodge, in Federal Court. Famed Jewish civil rights attorneys Nathan Lewin and daughter Alyza Lewin took up her cause. The Lewins charged violations of the Civil Rights Act of 1964 and the Religious Freedom Restoration Act of 1993. Defending the MWAA and its supervisors is Morris Kletzkin of the Washington, DC firm Friedlander Misler, and other attorneys.

The lower court dismissed the case, asserting Abeles had been properly penalized. The Lewins appealed. On December 8, 2016, the case was argued before the Federal Appeals court in Richmond Virginia, Judge J. Harvie Wilkinson III presiding. Several dozen local yeshiva students who had heard about the controversy jammed the courtroom to hear the legal case for penalizing Abeles for what she had been doing for more than two decades — taking her annual Passover leave.

Abeles’ legal claim involves a 1973 amendment to the Civil Rights Act that requires private employers to make a “reasonable accommodation” for employees’ religious observances, as well as the 1993 Religious Freedom Restoration Act. MWAA has contended that neither the federal Religious Freedom Restoration Act provisions nor its Virginia state equivalent apply to it. The authority claims that although its board is appointed by the president of the United States, the governors of Virginia and Maryland, as well as the mayor of the District of Columbia, it is not subject to either the federal or Virginia laws protecting religious freedom against infringements upon religious observance.

The Authority’s defense has revolved around the minutiae of workplace process, because Abeles had not followed precise verbal procedures in this instance. For its part, the MWAA openly took the position in prior filings that Abeles, despite her 26 years of loyal service, “was a long-term, albeit mediocre, employee.” By utilizing the years-long procedure of email and official Outlook calendar postings in 2013, and not verbally reminding her direct supervisor and getting oral approval, Abeles was guilty of “insubordination,” the defendants argued. The Authority’s brief even denigrated Abeles’ legal arguments as “most bizarre.”

The oral arguments in Richmond lasted about an hour. After much debate about arcane job procedures, an exasperated Nathan Lewin finally declared:

Your Honor, I’m an Orthodox Jew. When I’ve worked for people, I’ve given them a list of what the Jewish holidays are at the beginning of the year. And they know that means I’m going to be out for those days. This is a phony response by [the company] saying, “We didn’t know why you would be out.” Of course, they knew why she was out. Everybody in the whole company knew that she was a Sabbath observer and for 26 years had been absent on Jewish holidays. She listed all the Jewish holidays at the beginning of the year. And, suddenly, to penalize her even though she has listed them and has notified her supervisors on the day before she was gone — we submit that’s outrageous.

After the hearing, Lewin addressed the assembled yeshiva students in the corridor, reminding them that in the real world, Orthodox Jews are not expected to secure signed notices before they take off for holidays.

The American Jewish Committee, the National Jewish Commission on Law and Public Affairs (COLPA) and the Becket Fund for Religious Liberty have all filed amicus briefs on behalf of Abeles. COLPA argued that if the lower court’s adverse ruling “is adopted, a significant number of Sabbath observers might find it impossible to maintain their jobs and remain faithful to the dictates of their conscience.” Eric Rassbach, deputy general counsel of the Becket Fund, quipped, “It takes some chutzpah for the government to punish a Jewish woman for celebrating Passover. It takes even more chutzpah to say that they are the only government agency in DC exempt from our civil rights laws.”

Immediately after the oral arguments in Richmond, attorney Kletzkin was contacted by phone, refused to answer any questions and did not respond to this reporter’s email. Bruce Heppen, MWAA associate general counsel, refused to take a call on the case. Craig Marlow, a staffer in Heppen’s office referred calls to MWAA media relations, which did not reply to a voice mail message. Another media duty officer, Rob Yingling, issued a terse comment stating, “The Airports Authority does not comment on pending litigation.”

Asked how she felt after years of frustration in the case, Abeles stated:

My Jewish faith is an integral part of who I am and that includes observing Passover. I worked at the Metropolitan Washington Airports Authority for twenty-six years and provided to various supervisors the same advance notice of all Jewish holidays without incident. It is saddening that despite following the same protocol I had each year, I was put on AWOL and suspended for five days which drove me to retire early for simply practicing my faith.

Nathan Lewin said if needed he might appeal the case to the United States Supreme Court. “This is the ultimate plain denial of religious observance by an employer. Abeles gave plenty of notice and she got ambushed by her employer.” He added, “If this case is not illegal, then no such case will be illegal.” 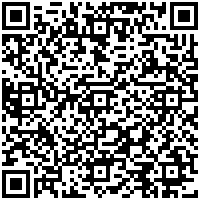