The residents of Amona have approved a deal worked out after an all-night session with a government negotiator, with 45 voting to approve the arrangement, 25 opposed and two abstentions.

According to the terms of the deal, 24 caravans will immediately be placed at the new location within the selected spot with the municipal boundaries of the existing hilltop community of Amona, instead of the 12 caravans originally suggested in the previous proposal.


Prime Minister Benjamin Netanyahu was an active participant in the process, meeting throughout the night with representatives in order to reach the agreement.

Of the 42 Amona families involved in the process, 24 are to be relocated.

The absentee land being allocated for use by the residents is to be converted to state land using the Absentee Landlord Property Law, under the proposed arrangement.

Attorneys for the state are preparing a request to the Supreme Court for a 30-day extension as the government begins the process of re-zoning the land.

The government is to immediately begin the process of rezoning the land, while work commences on Lot 38.

The absentee land being allocated for use by the residents is to be converted to state land using the Absentee Landlord Property Law, under the proposed arrangement.

Numerous politicians and supporters of the settlement movement were quick to welcome the vote.

Ofir Sofer, secretary-general of the National Union faction of the Jewish Home party said, “We congratulate and support the residents of Amona, who will remain on this hilltop and will continue their pioneering spirit that is ensuring the future of the entire settlement movement. In their merit, the entire settlement enterprise, including thousands of homes around Judea and Samaria, will continue to flourish. Their strong stance in recent months to ensure that no Jewish community in Judea and Samaria will be demolished deserves our strongest praise.

“We congratulate you that even at this difficult moment, you made a courageous, difficult decision from healthy considerations for the people of Israel and the Land of Israel.”

MK Bezalel Smotrich added, “The people of Amona are people of hope. Over the past few Amona residents insisted on hanging on to hope that the entire settlement enterprise would be legalized and that they would be able to remain on this hill. Their just demand infected the entire government and led to the passing of the [first stages of] the Legalization Law… created a new reality on the ground.”

The leftist Hebrew-language Haaretz website reported Sunday (Dec. 18) that the government is also preparing to approve a NIS 130 million ($33.8 million) budget for evacuation of Amona, including the demolition of nine homes that are built on the portion of the community that has been defined as “privately-owned land.”

Hundreds of activists and supporters are beginning to leave Amona. 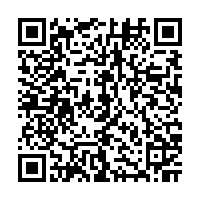