1. According to a study conducted by the University of Lausanne, Israel is one of the top five world high-tech powers, as indicated by a 2015 $1bn investment, in Israel, by Apple, creating a hardware development center. The USA, China, Russia and India are, actively, soliciting high-tech cooperation with Israel. India and Israel negotiate a free trade zone, which would increase their current $5bn trade balance. Israel is second only to Russia in the exportation of military systems to India (Jerusalem Post, July 24, 2016).

3.  Israel’s Emefcy raised $24mn from US, Chinese, Hong Kong, Singapore and Australian investors (GE Ventures was one of the initial investors), in order to advance its 44 sewage-recycling projects in the US, Israel, Latin America, Ethiopia and, mostly, in China (Globes, July 26). GuardiCore raised $20mn from Cisco, the London and Israel-based 83North, and the Silicon Valley and Israel-based Battery Ventures. SkyCure raised $16.5mn from the Silicon Valley-based Foundation Capital (Globes, July 20).

4. The Israeli gambling websites giant, 888, is negotiating a merger with the British giant, Rank, in order to acquire the $3.6bn British giant, William Hill (Globes), July 25).

5.  A US-Israel cyber cooperation in the protection of financial payments from malicious hacker attacks – which could result in mega billion dollar catastrophes – was announced in Atlanta, GA. Israeli companies excel in the development of firewalls (Globes, July 3).

6. The following is a sample of vital data featured in Adam Reuter’s (Financial Immunities) and Noga Kainan’s (Company Leaders Forum) “Against all odds – Israel is an Island of success:

*Israel’s ratio of public debt to GDP is systematically shrinking (64%), unlike most OECD;

*Israel is among the only 8 countries launching space satellites, a global co-leader with the US in the areas of research, development, manufacturing and launching mini, small and medium-size space satellites;

*Israel is the world leader in the area of per capita research & development: 140 per 10,000 employees;

*86 Israeli companies are traded on NASDAQ, third following the USA and China.

*Israel’s population is the youngest in the OECD – median age 31 (OECD – 42), featuring the highest fertility rate (number of births per woman), including an unprecedented surge in secular fertility. 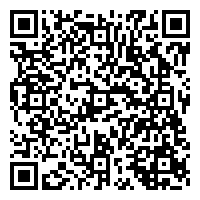