A look at the national, and state-by-state polls over the week since the Democratic convention reveals a devastating picture for Republican presidential candidate Donald Trump, with his opponent leading him by an average of 7 points, but in some polls reaching double digits, and going as high as 15 points. The Republican party is in a panic, obviously, with some suggesting it’s not too late to ask the candidate to bow out humbly and let another take his place. These Republicans have already given up on a chance to take the White House and are concentrating instead on retaining at least one of the two legislative houses. The rule of thumb in American politics is, apparently, that in states where the presidential candidate wins by a certain margin (8 points has been suggested as the accepted mark), he or she also sweep into office their party senators and congress members.

Even candidate Trump seems to have been injured by his campaign’s terrible numbers, because he started accusing a rigged election system in his projected loss come November. But at the same time Trump has been predicting a big victory for his side, and while the general media have treated this statement as just one more case of Trump unruly bravado, he just might know what he’s talking about.


Last Friday the website FiveThirtyEight released a Trump campaign memo from before the start of the RNC primaries, revealing an unorthodox strategy of going after unlikely voters in the primaries, people who rarely if ever participate in elections. The memo charted a campaign that relied on free media, using Trump’s controversial TV appearances, unmatched in media attention by any of his opponents, to bring in those irregular voters.

The memo suggests that Trump’s voters are Americans who are in a “persistent state of disenfranchisement,” and recommends pursuing them, leaving Trump’s opponents to fight over “the same heavily tilled soil” of likely voters. “An unprecedented targeting strategy must be in sync with this unprecedented campaign,” the memo concluded.

Looking back, it appears that this strategy was ingenious, resulting in candidate Trump filling up stadiums with newcomers to the Republican party who were there to answer his call — much the way candidate Obama back in 2008 brought in Black voters who otherwise would not have trusted the system enough to vote.

The Trump strategy worked to deliver him the nomination, so why is he dropping like a stone in the polls? The answer to that question can possibly be found in the mother of all polling failure stories, the 1936 Literary Digest straw poll that predicted a landslide victory for GOP candidate Alf Landon over Democrat Franklin Delano Roosevelt, with 57 percent of the vote. Why did the Digest fail, after having predicted correctly every presidential election from 1920 to 1932? The reason was that the Digest polled about 2 million people, whose name were gotten from lists of magazine subscribers, car owners and telephone customers—people who had money during the Depression, and who were outvoted by people who did not have any of the above.

The closer polling services get to November, the more they prefer to draw their random samples from likely voters rather than mere registered voters. Registered voters, according to Gallup, are people who in response to a standard poll question say they are “registered to vote in their precinct or election district.” This is the group whose data Gallup reports most often because they represent an estimate of Americans who in theory are eligible to vote and could vote if they want to.

Gallup established the rules of the polling game back in the same 1936 election, when their use of a random sample of 50,000 Americans yielded the correct prediction of a Roosevelt victory — so it’s safe to assume that most polling services adhere to the same guidelines, more or less.

But Gallup and other surveys know that in the final analysis, not all of these registered voters will actually vote. In fact, only a little more than half of eligible American voters actually show up come election day. And so Gallup has created systems to delineate the likely voters — lists of individuals who are most likely to actually vote, to provide more reliable predictions.

And herein lies the possibility that Gallup and everyone else in the polling business have been overlooking Trump’s voters. If we presume that the Trump victory relied on an untapped segment of the population, what can we expect to be some of this group’s common denominators?

They are white, they feel ignored by the system, they mistrust politicians and the media.

In determining the likelihood of a respondent showing up to vote, Gallup and other services have developed a list of questions for which they give the respondent one point for each positive answer:

1. Thinking about the election (quite a lot, some) 2. Know where in the neighborhood to go to vote (yes) 3. Voted in election precinct before (yes) 4. How often have they voted before (always, nearly always) 5. Plan to vote in 2016 election (yes) 6, Likelihood of voting on a 10-point scale (7-10) 7. Voted in last presidential election (yes)

Let’s assume that a Trump voter gets the call from Gallup and decides to answer the above questions truthfully (it’s always possible that they would decide to fool the pollster, as an act against the hostile media — Israel experienced more than one such case in which polls failed to predict a rightwing victory because rightwing voters lied to pollsters whom they viewed as representing a leftwing media elite).

The Trump voter answering truthfully may answer No to Questions 2, 3, 4, and 7, thus scoring only 3 points and being discarded as unlikely to vote. So that while the bulk of Trump’s outsiders remain under the polling radar, come November they would all show up at the polling stations and possibly give their candidate his unlikely victory.

Finally, some in the rightwing media (Fox News’s Greta Van Susteren comes to mind) have suggested there may be a phenomenon of pro-Trump respondents feeling ashamed of revealing to a stranger, an educated pollster, that they support a man who is vilified by almost every media outlet in the land, the brunt of jokes, a boob, even a potential traitor (called on President Putin to hack into a US party’s computers). They may vote for him in November, but they may be uncomfortable admitting it.

It should be noted that in most of the polls where she is beating Trump by significant margins, Hillary Clinton rarely receives more than 45% of the votes, and that consequently in every such poll, Trump’s votes plus the “I don’t know” votes add up to more than the Democrat’s numbers. With fewer than 55% of Americans normally voting in presidential elections (in midterm elections the figures plummet well below that), all Trump needs is to bring in five to ten percent of the voters who have never gone to the polls before.

He may have already done that. 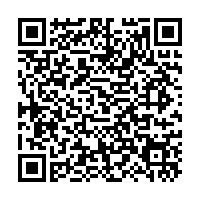