For the record, I am ecstatic that President Elect Donald Trump defeated Hillary Clinton, that corrupt power-crazed chameleon who wears as many duplicitous faces as she does ill-fitting pant-suits. It was heart-breaking to see American society erode under Obama for eight grueling years, as he rammed legalized gay marriage upon an unwilling populace, and continued with his ever-pressing “rainbow” crusade to allow transsexuals into the ladies’ room-or men’s room. In her quest for power, the unprincipled Hillary would have surely pandered to every degeneracy, and the American Republic would have turned into Sodom. It is good to see the downfall of arrogant and corrupt people.

I confess that it is more than good. It is a JOY to see deranged liberals losing their minds over the results of a lawful election. Furthermore, the media was shamed and exposed for their biases, as Hillary’s litany of crimes were exposed. As so many others out there, I was sick of reading about Clinton’s negligent behavior as Secretary of State which cost American lives, the criminal enterprises of the “Clinton Foundation”, and a slew of other scandals. Throw in her general vindictiveness and the fact that Hillary Clinton is an enemy of the Jewish people and the State of Israel, and one needn’t wonder why it was a pleasure to see the American public flex their collective might and say NO MORE to this menace. For a further look at Hillary Clinton, check out my article, “President Hillary Clinton: Definition of a Nightmare”. )


Trump’s victory offers America a legitimate opportunity to right a sinking ship, and turn back the clock on Obama’s eight-year program of Bolshevism. If nothing else, Trump’s victory means that Hillary Clinton isn’t president, which means that Islam won’t triple its numbers and continue to grow as a fifth column. Nevertheless, it is not a mere example of addition by subtraction. With his genuine talents, and patented brand of chutzpah, I believe that Donald Trump can accomplish great things for America.

But I am less ecstatic by the extremes of Jewish expression on both ends of the spectrum, which as I see it, have no place in a Torah perspective. On the one hand, we have the cookie-cutter Jewish liberals worldwide, who have swallowed the leftist Kool-Aid and deem Donald Trump and his associates as Jew haters, bigots, etc. In the absence of any evidence they readily resort to the standard slurs of the left: vitriol and defamation. The Bnai Brith’s Anti-Defamation League comes to mind, with their recent witch-hunt against Steve Bannon, which they have since had to backtrack on. The ADL is blind to Obama’s anti-Semitism and his dark associations both past and present, but they saw fit to slander a man who supports Israel and exposes Islamic barbarism.

Those who were once accused of drinking blood (and still are in the Arab countries), would well remember the sin of false accusations. No honest individual denies that there are numerous white racists in the United states, but I would venture to say that they are fewer in number than the black Ku Klux Klan of the BLM movement, which has a wider base of support from the lib populace, media, academia and politicians, than any white racist ever could. The ADL should give equal attention to black supremacy. Naturally, if they did so they would be something else, and not an impotent arm of the equally clueless liberal Bnai Brith.

As we have seen all too often, liberalism is a world-wide pandemic, and the infected rarely recover. Look at the maniacs screeching over President Elect Donald Trump’s victory over Hillary Clinton. Bedlam unleashed in the streets. “Safe zones” on college campuses for the intellectually limited who want to curl up in a fetal position because Hillary didn’t win. People who equate law and order with racism. And these are the non-violent ones. The savages who resort to violence represent the darker side of this story, the veritable lynch mobs attacking people for voting Trump.

The Jewish liberal will always contribute to this infection, since in the absence of Torah, one will invariably worship some version of Baal. Today’s paganism is liberal thought, so contrary to the notion of free will and the intellect. As far as the elections go, even if one doesn’t like Trump, he is better than the corrupt Hillary. One may find Trump coarse and brazen, but what of the Clintonian perversions which are so apparent?

The charges of racism from the liberal federations, the Bnai Brith’s Anti-Defamation League, and the self-loathing American Jewish rags is as predictable as the morning sun. They tar innocent people while tolerating genuine anti-Semites who comprise the inner circle of Obama and of Hillary. Blood libels are the lefts tool. And when a Jew hurls a blood libel against Jew or gentile, it is an ironic perversity.

The Left are supremely intolerant of dissent. In response to an alternative viewpoint, they hurl invective. We see this all the time in Israel, most recently, when Zionist Union Opposition leader, Isaac Herzog referred to “settlers” as viruses. If a politician or pundit on the right used such inflammatory language, the Shabak would pay him a night-time visit. The eternal double standard.

Viruses? This is the language a contemporary Israeli leftist politician uses to describe so many noble Jews who choose to live in the liberated areas of our biblical Homeland to strengthen Jewish sovereignty. The demonization and subsequent dehumanization of fellow Jews who act as a buffer from the terrorists in our heartland is a vulgarity that will go unpunished since Herzog is a leader of the elitist untouchable Left. As an aside, it should be noted that the only virus in this situation is one who would use the term to tar other Jews for the crime  of living in their own land.

The demonization of Donald Trump and his advisors by Jews is a grotesque mischaracterization, and yet it is to be expected, since Jewish liberals mirror their non-Jewish counterparts. All too often, liberal Jews choose misguided universalism to assuage guilt and self-loathing. But the repercussions of such a distorted viewpoint are exposed on a grand stage when Jewish groups make public pronouncements which have no basis in truth.

The Folly of the Right

As a religious Jew living in Israel, I have no expectations of any President when it comes to Israel. After all, when Israeli PM’s speak of “peace talks” and peace partners, what can one expect of any president, even a decent man?

The reaction of many right-wing Jews in America and abroad is equally unJewish. The distorted and silly association of Trump as a messiah of sorts. For some this takes the form of misguided expectations and a delusional desire to read prophetic import into his election. This is the path of the guru and the self-styled mystic. For others, they seek out supposed proofs to show that Trump’s ascension has some cosmic implications.

Both extremes are foreign to Jewish thought. The desire to demonize Trump, and the desire to deify him. Nuance and context. From a Jewish perspective, Donald Trump is infinitely better than the nightmarish alternative. But less us not make more of it than we should. He will be much better for America. His mandate includes a promise to secure the border, fix the US economy, and deal with Muslim terror. While we certainly don’t know G-d’s ways on this matter, surely caution and discretion when making broad predictions is not the Torah way.

The ADL represents one extreme, and they are a caricature of sorts. One expects of them what one expects from Haaretz. An unJewish anti-Torah perspective which mimics western liberalism. But the religious Jew and the proud self-identifying Jew must guard himself. Donald Trump is surely no devil and we should excoriate those leftist Jews who desire to paint him as such. But we should refrain from the irrational messianic inclinations, particularly in relation to Israel’s destiny to see salvation in his presidency. Unlike America, our destiny is spelled out in the Shema. And if we follow the formula, neither the current occupant in the White House nor the future one have any impact on what happens in Eretz Yisroel. They have democracy. We have Divine Intervention.

The left and the right: both groups are clueless, because both have a distorted framework. The former has relativism as their moral compass and so we shouldn’t wonder why the ethics of Sodom express themselves. But the religious Jew who shirks responsible analysis and resorts to populist pandering is also a tragedy. It’s all over Facebook. Good Jews reading into Trump and portraying him as something he is not. He is not the Messiah. From Israel’s perspective, we should expect disappointment from every president, since the perspective of even the most righteous of men, will invariably be different from the ideal image of an authentically Jewish State of Israel.

I wish all the best to President Elect Donald Trump, with the hope that he follows the moral path, directs America onto a path of decency and strength, treats Israel with respect and respects our sovereignty, and thus merits the eternal promise of Abraham. These are reasonable things to hope for. But we should not assume that our lofty expectations will be met.

In the meantime, there is merit in celebrating Hillary Clinton’s defeat. The occasion is certainly worthy of making a l’chaim or two with quality schnapps. In the absence of gallows for Hillary’s documented treason, which the Founding Fathers would have surely deemed appropriate, here’s to the hope that she will soon be fitted with shackles. 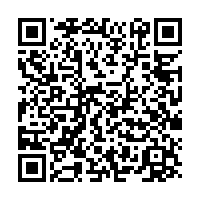