Home InDepth Interviews and Profiles Fishl’s Footrace: An Interview With Fred Lebow’s Biographer
Share on Facebook
Tweet on Twitter
Fred Lebow, who died in October 1994, took a small race that had been held in Central Park and turned it into a Big Apple spectacle – the New York City Marathon, the world’s greatest footrace. Ron Rubin, a professor of political science at the Borough of Manhattan Community College and a six-time Marathon participant, has written an entertaining and inspiring biography of Lebow titled Anything For a T-Shirt (Syracuse University Press). In a recent interview with The Jewish Press, he shared some thoughts on his book and on the life and legacy of Mr. Lebow.

Jewish Press: How did you get involved writing a biography of Fred Lebow?

Rubin: As I write in the book’s preface, I was one of the “shleppers” – the ordinary, middle- and back-of-the-pack, “grassroots” runners convinced by Fred Lebow that they could go the distance. I was a firsthand recipient of the gift he created. I am one of those who ran the race and made it to the finish line in Central Park – and the experience was so rewarding, I went on to do it five more times.
Shortly after Mr. Lebow’s passing, I began doing research into his life. What I found was a story that embodied almost all of life’s most important themes: surviving adversity; rising above challenges; overcoming humanity’s worst nightmares and reaching for our individual dreams; working hard to achieve our goals or volunteering to help others accomplish theirs, etc. And the story was chock full of fascinating people and places, politics, hype, shtick, competition and controversy.

How long did it take to write the book?

It took almost nine years to put together all the information from more than 120 interviews and 27 quoted publications and to get the first draft manuscript written. Another year was spent working with an editorial consultant who polished the manuscript, contracting with a publisher, going through the publisher’s proofing and editorial review, checking the typeset copy, and going back to my editorial consultant for indexing, all before going to print. With just a little juggling at the end, the book wound up coming out in connection with the tenth yarhzeit of Fishl Lebowitz, better known as Fred Lebow.
Advertisement

How did Judaism influence Fred’s life?

Fred, or Ephraim Fishl Lebowitz, was born into an Orthodox Jewish family in pre-war Europe. As a child he attended cheder, and Yiddish and Hungarian were the languages spoken at home. He observed the main Jewish holidays, such as fasting on Yom Kippur and attending a Passover Seder. During his tenure, a pre-race Marathon minyan was launched, attracting some one hundred participants. This prayer service remains the only such minyan in the world. It is housed in a tent, passed by tens of thousands of marathoners, near the entrance to the race’s staging area at Fort Wadsworth, Staten Island. He made sure the marathon never took place on any of the Jewish holidays in the fall. In designing the marathon route, he insisted that the race pass through Williamsburg along Bedford Avenue. “Lama heren” (“Lets hear it”) were the words Fred shouted to the chassidim as he led the runners through Williamsburg.

When did Fred begin re-exploring his Jewishness?

From the information I was given by those I interviewed who had a connection with Fred’s Jewishness, he began his re-exploration on the day he was told he had terminal brain cancer. In the spring of 1994, when he sensed his impending death, he dramatically showed just how far his religious transformation had gone. His club, the New York Road Runners, put out a press release saying that he wanted to be known by the Jewish name he’d been born with. On April 28, 1994, the New York Daily News reported that Lebow had “started the process of reverting to his original name.” Explaining his move, Lebow said, “I’ve always observed the Jewish holidays and always been proud of my heritage and it’s time I return to my original name.”

In your book you write that Fred’s Jewishness informed his vision of a people’s marathon.

As a child he was taught that a Jew, rather than lead a status quo life, must continually shteig, which means climb, or strive, in order to justify his very being. From there came the idea that a non-athletic type should not be discouraged or look for excuses for not trying to cross the marathon finish.
The second major influence was the Holocaust. Elite categories or any type of exclusionary standards held a hollow ring to anyone such as Lebow who had to do all sorts of maneuvering during his formative years just to stay alive. Thus, he developed the vision of an inclusionary marathon with all members of the human race doing their best to go the distance.

What was his relationship with city officials, and how much of a help or hindrance were they in setting up the marathon?

Fred’s relationship with city officials varied widely, depending on what he or they were looking for and where they were along the timeline of the marathon’s history. At times they were a great help, at other times a hindrance, but they were critical to the success of his show so he used his chutzpah, his skills – and T-shirts! – to win them over time and time again. The politics of the marathon are covered in depth in my book.

How was he able to secure corporate backing?

In 1973, Kathrine Switzer, who in her review of Anything for a T-Shirt points out that the book “is a case study in sports marketing, event management and psychology,” was instrumental in helping Fred secure Olympic Airways as the first sponsor of the New York City Marathon, which was then a small race held totally within the confines of Central Park. Throughout the years, others came forth to help Fred get sponsors, but in the long run, as indicated by the title and subtitle of my book’s chapter about sponsorship, it was a matter of “Squeezing Money from Sponsors: Like squeezing juice from a Big Apple, having the right handle helped eliminate any need for pressure.” Lebow simply created a show that companies wanted to sponsor.

Explain the title of the book.

Simply said, Fred Lebow used T-shirts from the very beginning to draw runners and volunteers and to make friends with politicians, the police and fire departments, etc.

What are your plans for the book now?

At this time, my editorial consultant and I have been busy working to keep Fred Lebow’s memory alive during this 10th yarhzeit year in as many marathons and runners clubs as possible. For example, we arranged to present the book in Fred’s memory to the recipient of a special award given by the Carlsbad (CA) Marathon to a person who overcame great obstacles to be there – the kind of person who would not have even considered doing a marathon before Lebow created and promoted what I refer to as the “people’s” marathon.
In March we’ll be at the Los Angeles Marathon. Beyond that, only time will tell.
Advertisement 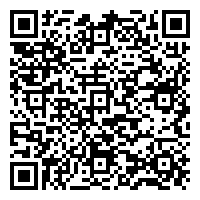