“While learning from the past is very important, what’s more important is helping the inmates believe that they can move beyond their crime and have a second chance,” says Rebbetzin Tzipora Har Sinai, beloved mentor to the female inmates at Neve Tirtza, the only women’s prison in Israel. Later, when I meet some of the former prisoners, they echo Rebbetzin Tzipora’s message: “Don’t judge me – just give me a second chance.”

Neve Tirtza, a group of grey buildings with a grey yard sporting a few grey bushes in Ramle, central Israel, was established in 1968. It is home to over 220 female prisoners, about 60% of whom are mothers to young children. Many inmates come from a background of desolation and drug abuse. A multi-professional staff is on hand to offer the prisoners correctional tools, formal education, vocational opportunities, performances, lectures and classes in Jewish thought. But Rebbetzin Tzipora provides the lifeline. From her prettily decorated home in Tel Aviv, former inmate Amanda* tells me, “If you really want to help someone, you have to care for them, like Rebbetzin Tzipora does.”

Rebbetzin of the Prisoners

Rebbetzin Tzipora’s international background and experience in dealing with people equipped her with the requisite tools for her position. She was born in Iran and made aliyah to Israel at age five. For college, the Rebbetzin moved to Romania to study medicine, and then joined her family in Canada. A few years later, she married a man from Scotland and they decided to make Israel their permanent home. Perhaps it is Rebbetzin Tzipora’s experiences with different cultures and people that make her so approachable and non-judgmental.

Although she was raised in a traditional home, the Rebbetzin became much more observant about twenty years ago under the tutelage of Rav Shlomo Mann, zt”l. She began publishing monthly newsletters full of Torah thoughts in the Rishon Lezion area, and in 2000 she published a book called Emet Meeretz Titzmach (Truth will Sprout from the Earth). In 2002, the rabbi of the Israel Prison Service Rabbinate, Rav Avishai Rashid, approached Rebbetzin Tzipora and asked her to come and teach and work with the female prisoners. Not one to rush into things, she sought the advice of her rav and subsequently agreed to come and see what her work would entail.

“I spent my first visit in the prison seminary, where Torah classes are offered, with about twenty-five women. And I was hooked from the start,” says Rebbetzin Tzipora when she came to my home for our initial meeting. She began as a volunteer once a week, and then became the rebbetzin of the jail. She’s at Neve Tirtza most days, offering classes and one-on-one support from 7:30 in the morning until 8 o’clock at night. She also organized Torah lectures, personal development courses, and monthly musical shows that all took place during the afternoons. Today, however, due to internal politics, the rebbetzin, once again, works as a volunteer.

Prisoners in Neve Tirtza come from the full gamut of society: from religious to secular and from white-collar criminals to murderers. “I don’t judge anyone because falling into crime is something that could happen to anyone,” says Rebbetzin Tzipora. “In fact, Hashem tells Cayin that ‘sin is crouching at the door’ (Bereishis 4:7).”

The daily routine at Neve Tirtza starts at 6:00 am with roll call. By 8:00 am, the women are either working in the sewing shop, book binding, or attending either Torah classes or educational courses. Afternoons are spent in various organized activities, but by 8.30 pm, the women return to their cells.

“The shock I felt the first time I watched the routine is still with me,” says Rebbetzin Tzipora. “All along the corridor, women ran, like mice, into their cells. And then I heard the slamming, one after the other, of heavy steel doors.”

But Friday mornings bring Shabbat aromas even into Neve Tirtza. “The women purchase food staples in the prison canteen and then cook together,” says Amanda. But there is one noticeable change: no knives are allowed. “I got so used to using the lid of an opened can to cut food that when I came home after more than five years I struggled to use a knife to cut a cucumber for my son’s breakfast.”

Two things stand out about Rebbetzin Tzipora: the love and respect she has for her inmates and, simultaneously, the awareness that she is dealing with women with compromised histories.

“When I first begin to work with the women, they all have a tendency to deny why they are in prison. Imagination rules strong and they often distort and even hide the truth. I’ve learned to discard 80% of what a woman tells me and to search carefully for the truth in the other 20%.”

No matter what a person does, when she’s actually sentenced and imprisoned, she gets a shock. “Denying her guilt is the natural and only way to cope,” says Rebbetzin Tzipora. “With time, the realization that she did something wrong sinks in. Inmates can even spot this tendency to deny responsibility in new prisoners and won’t hesitate to point it out when they see it,” she says.

So how does Rebbetzin Tzipora motivate the women to change?

“I don’t speak to the women about religion. I teach them to look deep within themselves so that they can start believing in themselves,” she says. “I begin by pointing out that everyone comes to Neve Tirtza to complete a specific task.”

Amanda realized this too. “I knew that this was the time to sit and work on myself,” she tells me. “It’s a process, but with time, I was able to accept that I had to pay for the wrong I had done. Every time I thought of my kids, I strengthened my determination to change.”

Once the prisoners accept that they are there to work, Rebbetzin Tzipora then shows them that there is always an alternative way of looking at things.

“The first few times I met Dina, when I asked her how she was doing, the answer was always the same: ‘It’s hard.’ But slowly her point of view shifted slightly and her answer became: ‘It’s not easy.’ That was when I knew that I was making progress,” says Rebbetzin Tzipora. She pauses and adds, “When an eighteen-year-old girl who lived on the fringes of her society and became involved with an Arab says that no Jewish man will ever look at her because of her past, I know that I have my work cut out for me.”

“Release from prison comes with a price,” says Rebbetzin Tzipora. “Just as it was easy for Hashem to take the Jews out of Egypt and it was harder to take the Egyptian influence out of the Jews, removing the trauma of a prison stay from a former inmate is challenging,” she says.

“When you’re in jail, you must learn to disconnect from the world and your family,” writes former inmate Tikva, in what she hopes will one day become a book of her experiences. “Reconnecting when you’re free is overwhelming… crowds, stores, noises, being alone. You’re not the same person and the people you know aren’t the same either. You return to familiar things, but you aren’t connected,” she writes. 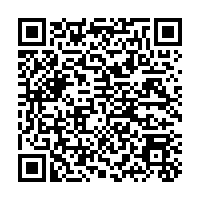