Over the weekend, Acre police inspectors stopped a suspicious vehicle which, after examination, was found to contain dozens of old objects from the past 100 years or so, Srugim reported Monday. But mixed in with those relatively trivial objects, police discovered truly ancient artifacts, some of which are 4,000 years old, which are suspected to have been stolen from archaeological digs around Israel.

Antique traders in Israel must be certified by the Israel Antiquities Authority, and the number of these approved traders is small, because of a 1978 law making all the antique relics found in Israel past that year property of the state. So that the few legitimate antique merchant may only trade in objects discovered more than 39 year ago.


Obviously, where there’s a law there are the law breakers, and Israel has been plagued by antique robbers, on either side of the “green line” (See: New WhatsApp Group Using Alerts to Catch Antiques Robbers). According to the enforcement unit of the IAA, since the start of 2017 they, with the support of Israel Police, have apprehended 20 antique robbery suspects in northern Israel.

According to the IAA Robbery Prevention Unit Inspector Nir Distelfeld, who examined the loot captured by the Acre police, “among the relics there are clay vessels dated to the Middle Bronze Age, some 4,000 years ago.” In addition, according to Distelfeld, there were many coins and glass vessels which were fake antiques.

The punishment for illegal trading in antiques is two years in jail. Harming a dig site will get you five years. 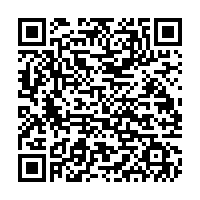