Rabbi Gershon Edelstein, Rosh Yeshiva of the Ponevezh Yeshiva in Bnei Brak, on Thursday issued a Da’at Torah statement saying people who have been abused themselves or have relatives who have been abused must turn to the appropriate authorities to seek remedy, but keep it away from the media.

Rabbi Edelstein is also the Nasi of the Council of Torah Scholars of Degel HaTorah—the Lithuanian partner in United Torah Judaism—and the Nasi of the yeshivot committee. Since the death of Rabbi Aharon Steinman in late 2017, Rabbi Edelstein and Rabbi Chaim Kanevsky have been considered the spiritual leaders of Degel HaTorah, which represents the majority of the Lithuanian public.

Rabbi Edelstein opens his statement with a reference to tractate Sanhedrin 107a which deals with King David’s sin with Bat Sheva and offers the classic rabbinic observation: there is a part of man which grows hungrier the more you feed it and more satiated the more you starve it – a comment on the proper handling of male desire. Further down the discussion, David says: “He who has relations with a married woman dies by suffocation but merits the next world, while he who shames his fellow man in public does not merit the next world.” And so, Rabbi Edelstein stresses, in dealing with issues of sexual abuse, one must know that one’s eternal life depends on it. Therefore one must know that:

1. People who have been sinned against, or their relatives have been sinned against should turn to the appropriate authorities, when it would help only their own case, and more so when they think it would prevent damage to others, and the same goes for anyone who may testify on the matter, which certainly does not constitute lashon hara (evil speech). But these matters must be dealt with modestly, as it is said, “With humility comes wisdom” (Proverbs 11:2), and only by those who are appointed to deal with it and are experts on such matters, and only following an inquiry with a rabbi who is an expert.

2. The media are not the place for this, and newspapers and journalists, whose entire being is about publicizing things in public, transgress the severe prohibition against shaming others and must be sensitive to the destruction of life, spilling of blood, and outright murder of the individuals about whom they report, which is also absolutely prohibited. And since in every case this also destroys the lives of additional people, things must be handled according to Torah law, cleanly and professionally and with the greatest modesty possible, and all of it must be considered and followed according to Torah law.

Rabbi Edelstein next warns about unqualified individuals who believe they are fixing the wrong but in fact, end up making things worse. This, he stresses, is particularly true when it comes to mass communication, particularly news sources on the Internet, and certainly in a “Haredi newspaper” whose responsibility is to sometimes avoid publishing a news story, and he references Bava Matzia 30a regarding the mitzvah not to ignore one’s neighbor’s straying animals, where the Talmudic discourse suggests that there are times when it’s preferable to ignore the mitzvah when one’s social status prevents it. The idea is that a Haredi newspaper should know better and leave the story up to the great Torah scholars.

The statement offers a stern warning against turning abuse and its victims into a media circus, which doesn’t help the victims but spills the ugliness to the public arena needlessly. Naturally, Rabbi Edelstein’s call requires a rabbinic and social system within the Haredi society that is willing and able to treat reports of abuse seriously and deal with them competently and without a bias. It certainly offers a meaningful response within Haredi society, whose members must now decide whether those assets are real and available within their community, or remain the wishful thinking of a righteous leader. 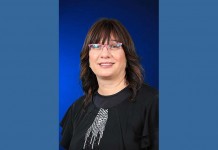 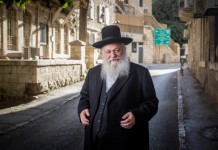 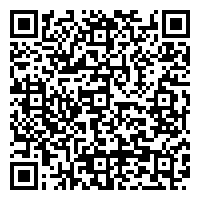