The owner of a Minneapolis, Minnesota restaurant has defended a private party in which men dressed up in SS uniforms and said it was only an exercise for actors who play historical roles and was not meant to praise Hitler.

No one outside of the restaurant knew about the party, or the “event” as the actors called it, until the local City Pages website posted on line a picture of the men in Nazi uniforms in the restaurant, called Gasthof zur Gemutlichkeit.


“By no means do we glorify the edicts of the Third Reich,” said Scott Steben, who characterized himself as a history buff who has landed movie parts as a German soldier. “I understand the sensitivity of the subject matter and everything but it did occur and it is history,” according to the Minneapolis Star-Tribune.

Steben doesn’t see any difference between actors dressing up as Star Trek characters and as Nazis. It’s all in a day’s work, but where have we heard that before?

The party was held on – are you ready for this – Martin Luther King Day, in late January. Steben said that the event was actually the group’s annual Christmas party, which was booked on a Monday because it is the only day the restaurant is closed.

Wouldn’t it have been interesting to hear the reaction of the actors if they had dressed up as KKK members, not for any reasons of racism, God forbid, but just to act out a bit of American history.

The party was photographed by one of the restaurant’s workers who showed them to his friends. The restaurant owner promptly fired the worker, and it remains to be seen if that is reasonable grounds for dismissal.

The photos showed four Nazi banners hanging in one dining room, and another picture reveals a staff member receiving a black T-shirt with a swastika – all for the sake of history, of course.

Local Jews were understandably upset. “Glorification and/or celebration of Nazi Germany and its military would appear to be incongruous with the nature of a family restaurant and its surrounding neighborhood,” wrote Jewish Community Relations Council of Minnesota and the Dakotas Executive Director Steve Hunegs in a statement.

Two Jewish organizations said they are offering to help the restaurant find a way to honor Minnesota’s World War II veterans and Holocaust survivors by not associating with German military re-enactors.

The restaurant owner Mario Pierzchalsk, a native of Poland, said he has hosted the party for six years. Following the bad publicity, he will not allow the group to stage a similar party next year but said the people who attended “are very peaceful” and are “just actors.”

He was angry at the negative reaction. “We live in a free country…but from the comments I see, a lot of people they don’t see what freedom is. If I break the law, punish me. But we did this for so many years and everything was fine,” he was quoted as saying by the newspaper.

However, he did apologize on Wednesday.” On behalf of everyone who participated in a World War II reenactment dinner last January, I apologize,” read a statement issued by Steben and published in the Star Tribune. “We understand that some of the items we displayed at the dinner have made people feel uncomfortable. That was not our intent.”

Below is the local CBS outlet’s report. 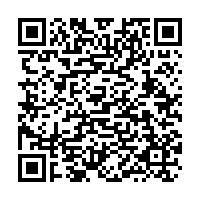