Yahadut doesn’t differentiate between those who slaughter Jews and those who prey on our souls. Chanukah commemorates the physical revolt of the Maccabees against the Greeks, who waged war against the Torah. The criminalization of circumcision and Shabbat was akin to a knife at the Jewish throat since the death of the Jewish soul signifies the death of the Jewish nation. And so, we Jews have always reacted viscerally when a Jewish soul is threatened, just as a mob of bloodthirsty anti-Semites compels us to act on behalf of our brethren.

The dark days of the Crusades bears witness to this nightmarish fact. The tragedy of screaming Jewish mothers and fathers taking the sword to their children, and then themselves, because a time of shmad was upon them; Mesirat Nefesh personified. No one loves their children more than a Jewish mother and father. And yet, under the threat of their Jewish child being raised under the cross, they did the unimaginable.

We have many enemies throughout the world. The Arab/Islamic world stands out as today’s number one enemy since they are actively trying to exterminate us. Our many spiritual foes desire our souls. They wish to convert us. Many religious Jews recognize the danger of the former, but not the latter. They have forgotten centuries of mass slaughter from those who merely wanted us to fall on our knees and kiss the cross.

Today, they prey on us with love. A very smart tactic; the clever exchange of the sword for the dove. The missionaries are enjoying historically unprecedented success due to this tactical shift. Baruch Hashem, there are many wonderful organizations and individuals out there combating the spiritual threat. The excellent website Jewish Israel is another goldmine of meticulously researched, documented information. Jewish Israel has a plethora of information and documentation relating specifically to the subjects of this article.

“Hayovel” (The Jubilee) and “The Harvesters”

As I see it, there is another threat today, which represents a new category of missionary. These soul snatchers are planting a parasitic vine that will ultimately strangle those within the religious camp. This foe doesn’t wear a “Jews for Jesus” cap. Nor does he actively portray Jesus as kosher– for the moment. He is far too clever for that. And he is as patient as an adder. They call themselves “Hayovel”–The Jubilee.

This enemy has toned down its rhetoric, for the most part, when sitting with Jews. If in the past, their websites were a window into their goals, they have since sanitized them and rendered them “neutral” to the untrained eye. (Although video footage can be readily found which exposes their real agenda.) This new missionary came to Israel to assist Jews in the vineyards of Samaria, and fulfill (in their distorted interpretation) the words of the prophets. Whole communities have ensured that “The Harvesters,” as they call themselves, feel welcome.

I could not believe my eyes when I first saw the many videos documenting this terrible phenomenon. One particularly disturbing clip featured a grotesque spectacle of religious women with skirts and men with kipot dancing with missionaries. One of the greatest examples of Chillul Hashem that I have ever seen in Israel. I would venture to say that never before in Jewish history has such an insidious threat to the Jewish soul occurred right under the noses of Jews. Jews who go to minyan thrice daily and learn Torah have allowed the cross to be put up in their homes, metaphorically speaking of course. But the door is open for these spiritual predators and they have been invited in.

Hayovel has reached a section of the Jewish populace that they never could have imagined would be available to them. Close knit Torah oriented Jewish families have never been an easy prey. Under the guise of helping Jewish farmers tend their fields and vineyards in the Shomron, these missionaries have come to the hills of Samaria. Jews with kipot are ecstatic.Too many Jewish farmers have eagerly embraced this halachically prohibited free labor. 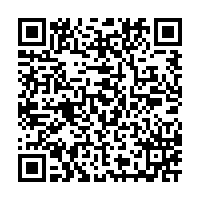