Where would the Polish Internet Defense League have been when the Nazis invaded?

Probably leaving comments on all the Jewish websites as to how all the Poles are innocent victims, and besides, there are bad Jews, too.


We’ve spent the past few days blocking comments from what is clearly an organized campaign, possibly by the Polish government, to shut down criticism of their new law that whitewashes Polish complicity in the Holocaust.

We’re not blocking the comments because of the whitewashing attempts, but because for many of the Polish commentators it takes a maximum of four rounds of back-and-forth conversation with our readers before the Polish side shifts to full-blown anti-Semitic tirades, which we would not give voice to here.

Level 1: The comments begin with the same basic arguments: It wasn’t the Polish government, it wasn’t the Polish people, the few who collaborated had no choice, they weren’t even ethnic Poles, millions of Poles were killed, and you don’t understand the new law.

Level 2: When an opposing reader responds and points out some key facts the Polish visitors have overlooked, suddenly said Poles’ parents/grandparents/aunts/uncles all saved Jews, and the Jews are ungrateful, and look how many righteous Poles are listed in Yad Vashem, and the Poles were good hosts to their Jewish guests for a thousand years, so it can’t be true.

(Of course, after a thousand years, one would expect them to stop referring to Polish Jews as guests, wouldn’t you think?)

As one deleted Polish visitor wrote, “you, Jews in Israel and in the whole world, do not accept facts, that polish people helped you during the war. There was no one, NO ONE, polish death camp. There were maybe single persons, who wanted to stay alive and betrayed jewish people….” (sic)

Lahav Harkov points out in her widely-read article on the subject of “Polish Death Camps” on the JPost website, “If all of your grandparents saved so many Jewish lives, how were 90% of Polish Jews murdered?”

When those arguments are challenged, our guests from Polska move on to Level 3: low level anti-Semitism. You Jews also collaborated with the Nazis. Or you Jews don’t know anything about the Holocaust. You Jews are ungrateful. You Jews are only saying this to get restitution from Poland. Comments on Russian-Jewish-Communists also get some play. And of course, a few mentions of Israel death camps.

At that point, after our readers (reader John McDonagh being a particularly good debater) have responded to that, the PDL members go full blown Level 4 anti-Semitic, and we’re not going to even hint at what that looks like.

Unfortunately, the one thing these PDL warriors won’t do is admit that Polish people have any complicity in the Holocaust. It seems beyond their ability to grasp that were they to simply accept that their nation bears some responsibility for the Holocaust (as well as Polish atrocities before and after), they May be able to grow beyond it, learn from their nation’s failure — and move on.

Instead, they want to grab the position of the real victims of the Nazis, and in doing so, dishonor the memory of those Poles who truly were among the Righteous of the Nations.

So, to answer the question, How many Poles does it take to leave an anti-Semitic comment?

Just check out the comments that are sure to accumulate below, before we delete them… 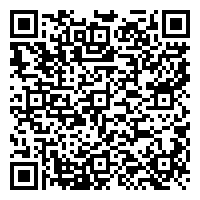