Unity among the Jewish People definitely exists, perhaps more often than among other people. When the life of a fellow Jew is at risk, Jews of all backgrounds come together to try to save him. On a daily basis, we perform various gemiluyoth hasadim for each other without any discrimination.

Tolerance also exists among our people. We live in harmony with our neighbors who may be quite different from us in many ways. We socialize with them in the synagogue and attend each others joyous events.


Still, division and intolerance are all too common. We divide ourselves based on background, world-view, dress, custom, education and even petty things. We may live side by side and think that in doing so we are unified and tolerant, but we do not always live together which in fact is true unity and tolerance.

The Talmud of Eretz Yisrael teaches us about the importance of unity and tolerance among the People of Israel. It tells us about Beth Hillel and Beth Shammai who differed on many issues. Some of the differences between them were quite far reaching and irreconcilable, some even quite grave relating to ‘arayoth (Kiddushin 1:1).

Despite all of this, Beth Hillel and Beth Shammai married each other. They set aside the enormous differences that created a gap between them and lived together, not just side by side. Even God participated and made certain that situations never arose where differences would get in the way of their unity and tolerance for each other.

The unity of the Jewish People and their tolerance for each other is of cosmic import, so much so that God personally involved Himself in the course of history and made sure that situations of rivalry did not occur. It is upon us to use this siya’ta di-shmaya in order to achieve true unity and tolerance.

Israel Uncensored: There is Hope for Jewish Unity [audio] 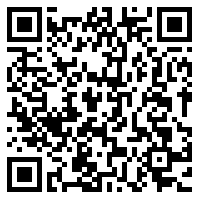