The media’s favorite “anonymous but official” sources are spreading the word that the Obama administration may be willing to release Jonathan Pollard if Prime Minister Binyamin Netanyahu frees a few hundred terrorists, possibly including those with Israeli citizenship.

It is far from a done deal, but where there is smoke, there is fire, the same smoke that was blowing last week when the same story made the rounds, as reported here.


This time it is more serious because  U.S. Secretary of State John Kerry must come up with the goods this week in order to keep his peace talks fantasy from disappearing into thin air.

President Barack Obama has consistently said that Pollard committed a “serious crime” and will not be pardoned, but it is no secret that one of his positions often take a back seat to one of his dearest principles, which is to control other leaders, especially Prime Minister Binyamin Netanyahu and Mahmoud Abbas.

Israeli officials confirmed that the Obama administration has been willing to discuss the subject of freeing Pollard but added they have little hope that anything will come out of it. The officials certainly do not want to create great expectations, but they also may be telling the truth.

If the deal goes through, Pollard might even be freed in time for Passover, and the pundits already are playing up the concept of the release symbolizing the holiday celebrating the Jews freedom from slavery in Egypt. The comparison is strictly abstract, but it brings out all the emotions that Obama can use to play on the heartstrings of Israelis as well as many American Jews.

There is much more support in Israel for freeing Pollard than there is in the United States, where American patriots consider Pollard a spy, although he was not convicted for spying.

However, many former and current American officials have admitted that Pollard underwent an unfair trial and was unfairly punished. He was handed down a life sentence for passing on to Israel, an ally, classified information. The offense usually is punished with 2-4 years in jail.

State Department spokeswoman Jen Psaki, who is travelling with  U.S. Secretary of State John Kerry, said Monday, “Jonathan Pollard was convicted of espionage and is serving his sentence. I do not have any update for you on his status.”

Besides getting her facts wrong – Pollard was not convicted of espionage – she simply spews out whatever Kerry wants her to say, so her statement can be ignored.

If Kerry succeeds in forging an agreement between Netanyahu and Abbas to continue talks, at the price of Israel’s freeing hundreds of terrorists  in return for Pollard, a dual America-Israeli citizen, Pollard would feel like a prisoner of confused emotions as much he is a physical prisoner while in jail

He has dismissed previous attempts to win his release in exchange for Israel’s freeing terrorists, stating he would prefer to stay in jail than knowing he weakened Israel’s security and contributed to the spilling  of more blood. More than 120 Israelis have been murdered by terrorists who have been freed, many of them having signed a pledge never to return to terror. 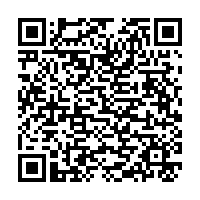