Chelsea Clinton had a baby girl with her Jewish husband, and the secular Jewish world is going gaga, as they shep nachas over a Jewish tragedy. Obviously, despite the histrionics of those whose Judaism is defined by a confused amalgam of cultural/historical experiences, traditions, and folklore, this baby isn’t halachically Jewish. For that unfortunate reality, we can thank Chelsea’s husband Marc Mezvinsky, who forsook his heritage through intermarriage, and threw away any chance that his offspring would be Jewish. (To compound the sin, he also gave the baby two reprehensible maternal grandparents.) And Marc in turn, can thank his two clueless parents, who clearly gave him nothing, as far as Jewish tradition goes. Mazal Tov? I think not. This is the death of Judaism! Something to weep and tear kriyah over! After two thousand years of stubbornly clinging to Torah despite the never ending threat of the gentile sword, today’s assimilated Jew can alter history with such ease, and sleep well in the process. During the Crusades, entire Jewish communities willingly gave their lives for Torah rather then leave the faith. Once upon a time, even the most secular Jews in America bemoaned the threat of Jewish intermarriage. Not in today’s world.

A Jewish tragedy? You wouldn’t think so from many of the “Jewish reactions” out there. Consider the following article from The Times of Israel, entitled “Chelsea gives birth to (Jewish?) girl”. After sharing the happy sentiments of the parents, the article noted the following:

“Interfaithfamily.com quickly seized the pregnancy as an “opportunity to share with ALL expecting parents” its various resources for new interfaith parents.”

To be fair, the general tone of the article was fairly mild. Yet the inherent bias becomes evident when the article addresses the reaction of “the other end of the spectrum”:

Meanwhile, at the other end of the spectrum, The Jewish Press chose this headline: “Chelsea Clinton Pregnant with Non-Jewish Child.” Calling the former first daughter “America’s poster child for intermarriage,” the Brooklyn-based Orthodox newspaper noted that in marrying four years ago the pair was “effectively pruning away that 3,300 year old Jewish branch of the (Mezvinsky) family.”

Brooklyn-based Orthodox newspaper. Has that “fanatic ultra-orthodox” ring to it, don’t you think? I imagine it is code for, extremist Jews who still follow the Halacha in the 21st century.

Kol Hakavod to The Jewish Press for unapologetically standing up in defense of yahadut and Torah. It is a badge of honor, despite what the assimilationists think. Jewish apologists who don’t want to come out in support of intermarriage often save their vitriol for those who strongly oppose it. As they see it, since they define their own Jewishness as one of “tolerance”, they maintain that one should at least be tolerant of other positions. They are embarrassed by any uncompromising position that declares Halacha to be the sole guide. Attacking the traditional Jewish position allows them to assuage their guilt by finding another target to condemn.

Chelsea and Marc are Exhibit A of the spiritual Holocaust that is consuming American and European Jewry. Intermarriage is rampant. The Conservative and Reform impotent attempts to “save Judaism” by warping the halachic criteria for conversions, and redefining “who is a Jew” has only thrown gasoline on a raging inferno. While the Reform Movement’s acceptance of patrilineal descent as a criteria for Jewish identity is more overt than the conservative approach on such matters, the Conservative Movement’s non-halachic conversions are just as disastrous in the long run. And lest the Israeli Jew think that he has the intermarriage problem solved, he should think again. The demographics are becoming ever more frightening in 2014, as non-halachic Jews are being classified as Jews under the ever changing “Law of Return”. 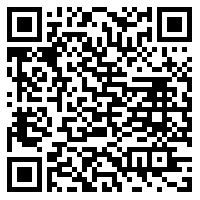