Chelsea married Mezvinsky in an interfaith ceremony in Rhinebeck, New York, on July 31, 2010. Mezvinsky is the son of former members of Congress Marjorie Margolies-Mezvinsky and Edward Mezvinsky, and was raised in the Conservative Jewish tradition. Following their wedding, the couple lived for three years in New York City’s Gramercy Park neighborhood, then bought a condominium in the NoMad district of Manhattan for $10.5 million. They have a daughter, Charlotte Clinton Mezvinsky, 2, and a son, Aidan Clinton Mezvinsky, born June 2016. The family just moved to the Flatiron District in Midtown Manhattan.


On Jan. 4, 2012, Doug Band sent an email to Podesta, saying, “The investigation into her getting paid for campaigning, using foundation resources for her wedding and life for a decade, taxes on money from her parents…. I hope that you will speak to her and end this. Once we go down this road….”

Band, who called Chelsea a “spoiled brat kid,” also told Podesta that Chelsea had told one of the Bush twins about money transfers from the Clinton Global Initiative to the Clinton Foundation. “The bush kid then told someone else who told an operative within the republican party,” Band lamented. 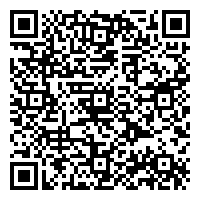