Assistant Secretary General of the Arab League, Hossam Zaki, said on Monday that the Arab Foreign Ministers will meet on Thursday to discuss measures Arab states can take should Israel annex the “West Bank,” WAFA reported. The meeting will be held through video conferencing, and will discuss providing political, legal and financial support to the Palestinian Authority to “confront the Israeli plans.”

The meeting is held in response to a statement made on Monday by a State Department spokesperson, who told reporters: “As we have made consistently clear, we are prepared to recognize Israeli actions to extend Israeli sovereignty and the application of Israeli law to areas of the West Bank that the vision foresees as being part of the State of Israel.” The spokesperson added that the American nod is “in the context of the Government of Israel agreeing to negotiate with the Palestinians along the lines set forth in President Trump’s Vision.”

Secretary-General of the PLO Executive Committee Saeb Erekat on Monday briefed Sweden’s Foreign Minister Ann Linde and the Chief of Cabinet of Belgium’s Foreign Ministry Bernard Quintin in separate phone conversations on the latest developments, focusing on Israel’s plan to apply Israeli sovereignty over the Jordan Valley and the settlements.

Prime Minister Benjamin Netanyahu on Sunday told an Evangelical audience in a video message that he was convinced that within a few months his government would implement the annexation of parts of Judea and Samaria. The broadcast marked the centennial of the San Remo Conference which handed Great Britain a mandate to establish a Jewish home land in Palestine: 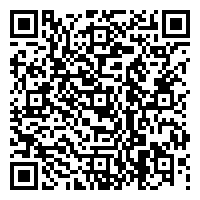