“This wave of protest certainly is not short-term – it is lasting,” Nigel Farage, the leader of the United Kingdom Independence Party (UKIP) said last Thursday, after his party became the third largest party in the British local elections. UKIP is a party that wants to take Britain out of the European Union.

All over Europe, the popularity of the E.U., the supranational organization of 27 European nations, is plummeting. A recent poll conducted by Eurobarometer, the E.U.’s polling organization, in the six major E.U. countries, found that public confidence in the E.U. has fallen to the lowest level ever. Since May 2007, distrust of the E.U. in Poland rose from 18 to 42 percent, in Italy from 28 to 53 percent, in France from 41 to 56 percent, in Germany from 36 to 59 percent, in Britain from 49 to 69 percent, and in Spain from 23 to 72 percent.


The E.U.’s aim is to transform Europe into a single federal state. One of the ways of achieving this aim is unification of economic and monetary policies. So far, 17 of the 27 E.U.-member states have joined the so-called Eurozone by adopting the Euro as their common currency. The project has backfired. The Euro has exacerbated the economic crisis. The one-size-fits-all currency has become the one-size-fits-none currency.

When the Euro was introduced in 2002, Europe’s leaders said it would bring economic growth and prosperity. They even promised full employment by 2010. Europe’s misery is largely self-inflicted. The Euro prevents countries from overcoming their economic problems by devaluing their currency and adapting their wage and price levels. Countries in financial difficulties have to rely on solidarity payments from countries in better shape. As the Euro is dragging everyone down, however, the countries in the North are becoming ever more reluctant to transfer their tax money to the South.

For the past three years, the E.U.’s rich countries have been bailing out the poorer ones, while in return all the Eurozone member states were forced to adopt austerity policies and transfer national sovereignty over their budgets to the unelected, irremovable E.U. bureaucracy in Brussels. The popular appeal of political parties opposing the austerity policies and/or the transfer of national sovereignty is growing everywhere, from Beppe Grillo’s Five Star Movement in Italy, to UKIP in Britain, to Geert Wilders’s Party for Freedom (PVV) in the Netherlands, to Marine Le Pen’s Front National in France. Britain is not even part of the Eurozone, but UKIP wants to take it out of the E.U. altogether. The PVV wants to take the Netherlands out of the Eurozone and out of the E.U., as well. Like UKIP, it wants to join the European Free Trade Association (EFTA), a small and modest organization, limiting its ambition simply to establishing a free trade zone, to which so far only four non-E.U.-nations – Switzerland, Lichtenstein, Norway and Iceland – belong.

In Germany, a new party, Alternative for Germany (AfD), is expected to make it through the 5 percent electoral threshold in the next general elections on September 22nd. AfD, formally launched by a group of economics professors last Month, wants to take Germany out of the Eurozone. The party, which is conservative, may, however, draw voters away from Chancellor Angela Merkel’s coalition and tip the balance in favor of the Social-Democrats and their Green partners. Merkel’s coalition is currently leading at 44 percent in the polls, against 41% for the leftist alliance.

While most of the anti-E.U. parties – AfD, UKIP, PVV – tend to be pro-American, their position towards American interests will be shaped by the position Washington takes on the E.U. centralization policies and the Euro. The current U.S. administration, recognizing a centrally-controlled supranational political project when it sees one, supports the E.U. project. Last January, Philip Gordon, Obama’s Assistant Secretary of State for European Affairs, told the British government that it should stay in the E.U. The administration also said it wants the E.U. to let Turkey become a member.

The European people are rebelling against the unelected E.U. and its grandiose, self-regarding project of abolishing the national sovereignty of the various European countries and turning the whole of Europe into a super-Belgium – an artificial state encompassing several nations with separate languages and distinct cultures and traditions. 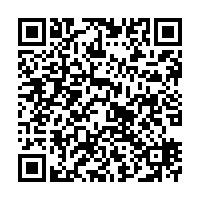