This is beyond baffling. I understand the anger and the reasons for it. What I don’t understand is the extent to which Haredi leadership, their representatives in government, and their spokesmen in media are willing to go to express it. What is even more baffling is that they actually believe such tactics will work!

The latest volley in the war between the Haredi leadership and the rest of the world has been in the form of making comparisons to Hitler! This is how a writer in the Israeli Yated described a speech made in the Kenesset by Yair Lapid. He compared it to a speech made by Hitler.

He tries to wiggle his way out of it by saying he wasn’t comparing anything to the Holocaust. Just pointing out similarities in a speech.

It isn’t only this article that is so troubling. Just about everywhere one turns these days in the extremist Haredi world there is a ‘knee-jerk’ type reaction to even a hint that suggests that the other side has a point. Recall Jonathan Rosenblum doing that and suggesting ways to counter it in positive ways. Ami magazine’s publisher treated Jonathan as though he were a pariah! Rabbi Avi Shafran, who is a former editor at Ami and is still a frequent contributor to it defended Jonathan quite eloquently in an article of his own.

There is also this from YWN:

It appears that the battle against the drafting of bnei yeshivos is not only directed at the government but at chareidi inductees referred to as the “chardakim” (חרדים קלידעת ). Of late, a letter sent to the new inductees anonymously threatens those chareidim willing to serve, apparently by fanatics who are unwilling to tolerate seeing chareidim in the military under any circumstances.

Reference is made to the “tamei” IDF uniforms, warning the recruits that if they are not out of the uniforms and tamei place in two weeks, an all-out war will be waged against them “at the correct time and place.”

I have also been made aware of an opinion recently expressed by one Haredi rabbinic leader who said that any attempt to alter the long established Haredi curriculum of all Torah all the time with a basic core curriculum of secular studies for part of the day – should be fought tooth and nail. And this leader is often considered a moderate – for good reason.

Let’s not forget all the “yehoreg v’al yaavor” (be killed rather than transgress) type statements by various rabbinic leaders and their agents in the media who try and spread the word – and steamroll any reasonable attempt at understanding and compromise.

There is only one word that can explain the over the top reaction by Haredi establishment to this: Paranoia. Of course using the word paranoia in the context of Israeli leadership may seem to some to be disrespectful. How dare anyone say that a gadol (great leader) who by very definition expresses Daas Torah (Torah knowledge) is paranoid?

I am not God forbid saying that. I am not talking about clinical paranoia. But that word accurately describes what I believe the thinking process is. What I mean is that a lot of what is going on is misplaced fear based on a Jewish history filled with exactly the kind of things these leaders believe they are fighting now. There had been a consistent effort by ‘the enlightened’ secularist society aided by like minded Jews who had abandoned the Torah to do exactly what these leaders fear. This was also the attitude of some of the early Zionist founders which continued into the early years of the State.

So when Haredi leadership see tactics that resemble what happened then being used now, they draw the same conclusions. They see it as an all out war against the Torah. No matter how reasonable the demands being made now are… or how necessary a budgetary decision may be, they do not listen to it. They simply do not believe it and see it all as a conspiracy of anti Torah forces. They see an enemy of Torah behind every rock.

Instead of reasoned discussion in the Knesset, a speaker like Lapid gets shouted down and later compared to Hitler! They will not allow him to make his argument. Lapid is therefore making the explanation of his ministry’s budget proposals outside the Knesset. Not that he doesn’t want to make in in the Knesset. But he knows what will happen. When he approached a Haredi Knesset member about being allowed to make his speech uninterrupted so it could be fairly discussed there, he was basically rebuffed. 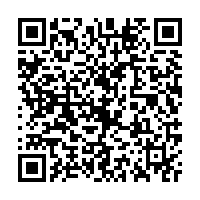