I’ve been complaining about the Obama Administration a lot recently, particularly about its insistence on Israeli concessions to the PLO for an impossible peace deal, and for its enabling Iran’s nuclear program. But even more shocking — because it puts the administration’s ideological opposition to the very foundation of the Jewish state on display — is this:

UNESCO, the United Nations Educational Scientific and Cultural Organization, has pulled a Jewish exhibit two years in the making, entitled “People, Book, Land – The 3,500 Year Relationship of the Jewish People and the Land of Israel,” after a zero hour protest from the Arab League, The Algemeiner has learned.

The exhibit, which was created by Los Angeles-based Jewish human rights group the Simon Wiesenthal Center (SWC) together with UNESCO, was scheduled to open on January 20th, 2014, at UNESCO’s Paris headquarters. The invitations had already gone out, and the fully prepared exhibition material was already in place. The display was co-sponsored by Israel, Canada and Montenegro.


It is not surprising that the Arab League is opposed to anything that suggests that Jewish sovereignty in the Middle East has any legitimacy. But the stunning part is that prior to the Arab League’s objection, the State Department withdrew the US as a sponsor of the exhibition, using language almost identical to that of the Arab League! Here is the US position:

“At this sensitive juncture in the ongoing Middle East peace process, and after thoughtful consideration with review at the highest levels, we have made the decision that the United States will not be able to co-sponsor the current exhibit during its display at UNESCO headquarters,” wrote Kelly O. Siekman, Director at the Office of UNESCO Affairs of the State Department, in an email seen by The Algemeiner.

What’s so damaging to the peace process … about a Jewish history exhibit?  According to the Arab League, it’s the evidence it would present of the Jewish people’s long association with the land of Israel.  The campaign to suppress that evidence is a new lie, dating only to about the 1960s as a coherent political endeavor.  It started with Yasser Arafat and other Arab politicians, and continues today with such grotesqueries as the assertion – made on occasion by Mahmoud Abbas – that “Jesus was a Palestinian.”

The appalling thing, however, is that the U.S. government is throwing in with this campaign, by tacitly agreeing that the historical truth about the Jews and Israel is inimical to “peace.” [my emphasis]

‘Appalling’ is too kind. I prefer ‘disgraceful’.

Could there be a clearer demonstration of the anti-Zionist, indeed anti-Jewish attitudes of the State Department — and indeed, since the decision was taken after “review at the highest levels,” the President? 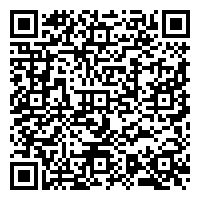