They were such a sweet young couple, but as the years went by they remained sadly childless.

This was around 30 years ago and we were all new olim living in a newish neighbourhood . We were like family to each other as none of us had close family in the country and I felt her pain as if she were my own sister.


One day they came and told us that they were changing their names. A rav had instructed them to do this as a segulah for having children. The rav had thought carefully about what names they should use and they weren’t particularly famous Jewish ones, but were in fact based on the ones they already had with a slight change.

The whole idea was completely new to me but we accepted it and used their new names and continued to daven that they should be blessed with a family, but secretly it sounded rather like superstition to me.

Within 18 months they had their first daughter and then two years later a second one. I was delighted but not totally convinced that the name change was the factor involved in their becoming parents.

Even though I have always been frum, being religious in a backwater in the UK is oh so different from living in Eretz Yisroel where there is kedusha in the atmosphere and the segulahs which seem far-fetched outside Israel are a normal part of everyday life here.

A few years later I was teaching in a program for pre-college women students. The students were in their late teens to mid twenties, several married and some with children. One day a young married woman approached my desk and rather self-consciously said. “I was told by a rav to change my name from Shlomit to Shulamit so please will you refer to me by my new name from now.”

“With pleasure and I wish you every possible good mazal with your new name.”

By the end of the year I was hoping that she would still be with us for the exams she had been working so hard for, and she just made it, giving birth shortly after her final test.

My neighbor came over to me to tell the wonderful news that after several years her son had just become a father. “You may not think this has anything to do with it,” she continued, “But they went to a rav and he told them to change their names. Now he is known by his middle name and not his first one so please call him Shmuel now.”

I happily assured her that I did in fact have no doubt that the change of name had a lot to do with their new status. I had learnt a lot over those last years and was sure that when changes are made under the direction of a rav (and not just when you decide for yourself to do something) then a new situation is brought about in which your old mazal is no longer is in control.

When my youngest daughter Malka married we discovered that her chatan’s elder brother who had been married several years had no children. My daughter and her husband were blessed with two sons over the next four years and still his brother and his wife were waiting for their “gift from olam haneshamot.” I was actually relieved when my daughter told us that her sister-in-law had been told to change her name and as the name the rav had chosen was the same name as her mother-in-law’s, my mechutenista would now also have to change her name as it is preferable that a mother in law and daughter in law should not have the same name. Fourteen months later she was holding her baby daughter in her arms.

Offering advice to a childless couple is something you have to be extremely sensitive about. Some have been told do this or do that a million times and nothing has worked. Some are bitter and embarrassed at being asked to be gevatters at a brit for the umpteenth time. So I never mentioned the subject directly but occasionally asked my other daughter, Dina, if her childless sister-in-law Chedva had ever asked a rav’s opinion on changing their names.

She told me that she didn’t think they’d ever asked but she didn’t really know as they never discussed the subject and she was certainly not going to bring the subject up – and neither was I. There was nothing more I could do but daven for them.

Two months ago my son-in-law’s uncle (also Chedva’s uncle ) decided to go on a trip to search for his ancestor’s kvarim in Europe. It took a lot of searching and detective work but eventually he found several of the kvarim. Amongst the ones he found was his grandmother’s, after whom his niece Chedva was named. But he discovered that the name on the kever was slightly different to that of his niece.

On his return he discussed what he had found with his sister, Chedva’s mother, and it was decided to recommend that Chedva discussed the issue of her name with a rav. She told her story to the rav and he told her to change her name to that of her grandmother’s as was intended when she was named in shul shortly after her birth.

This all happened within the last two months. I very much hope there will be a ‘happy ending’ and I continue to daven for them. But the way in which Chedva, who was reluctant to ask for further segulos, was brought to see a rav regarding her name, even though she seemed to have no intention of doing so, seems to indicate that From Above they are definitely being taken care of.

Astrology & the Zodiac: What does the Torah Teach Us? – The Tamar Yonah Show [audio]

Likud MK: In Israel We Change Governments with Police Coups 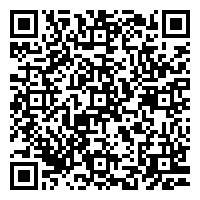