One of my favorite Disney theme park rides and songs is definitely “It´s a Small World,” with its colorful twirling dolls and sweet lyrics respectively. I always found the combination to be very relaxing and uplifting at one and the same time.

While on the subject of a few of my favorite things, another of my best-loved pastimes is the wonderful series of Small Miracles books that I have read and reread multiple times over the years. And among the stories I most enjoyed are the dating and marriage tales where the Divine hand is clearly visible. I vividly remember one in which the spouses somehow appear in each other’s photos years before they actually meet, and another in which the couple’s paths cross at a holy site designated for praying for one’s mate.

So I feel especially blessed that I have experienced both the small world phenomenon and the pre-destined shidduch reality, all in one obviously bashert bit of matchmaking.

Being that we moved 15 times over the course of the first 30 years of our marriage, it should come as no surprise that we have met quite a few people of all stripes in various cities and countries across the globe. My husband, especially, regularly bumps into students he has taught in his many decades of chinuch, as well as teachers who have taught for him in his seventeen years of being a school principal.

So it was far from shocking when he discovered that a rebbe/assistant principal who had worked with him for several years a couple of decades ago now resides in our very same Anglo neighborhood in the Holy Land. In fact, my husband was honored to receive a kibud at that rebbe’s son´s bris in a local shul shortly after we arrived.

Whenever the two of them meet, they routinely exchange warm greetings and catch each other up on their respective family’s latest developments.

That is how they recently found out that each of them had a child in the parsha – we a 22-year-old-son and they a 20-year-old daughter. A cute piece of trivia, but not all that unusual.

Months later, however, when the kids´ names had already been redt to each other a few times by a number of shadchanim, they decided that they may as well give it a shot.

The rest, as they say, is history.

We already knew that her Dad had taught for ours, and that a couple of our older children had been his students. Likewise, we still remembered a sampling of anecdotes from those years that illustrated what a chevra-man he was. And my husband recalled him as being a born educator, unfortunately an all-too-rare breed.

What we did not remember was that this particular daughter was the only one of their seven children to be born in that city during the time that her father taught there. And that yours truly prepared a full-course dinner for her family to welcome her into the world (and presumably to help the new mother at the same time). That, to my mind, is a classic example of ¨Shlach lachmecha al pnei hamayim…¨ (Cast your bread upon the waters…) in a most literal sense. In exchange for a postpartum meal, we ended up with a new daughter-in-law some 20 years later! Quite a return on our investment, to say the least.

The other bonus is that all the parents already knew and liked their prospective mechutanim, and the shidduch fit like a comfortable leather glove.

Incredibly, both families later came across long-forgotten pictures of the other in their photo albums (echoes of Small Miracles): One of our Abba holding the new baby at the aforementioned bris of the kallah´s younger brother, and a couple of the kallah´s siblings, proudly dressed in their Purim costumes, featured in their former principal’s collection. And no doubt there are other similar proofs of ongoing yad Hashem moments yet to be discovered. 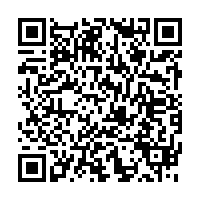