It’s no secret that the Haredi sector in Israel is suffering from a terrible housing shortage which is only getting worse. But according to Walla, at least one Hasidic court has found a solution. Apparently, young newlyweds in Sanz are able to buy apartment in the “periphery” which is Israeli code for not in Jerusalem, Tel Aviv, Netanya, Haifa or anywhere along the coast, for up to $185,000 without making a significant down payment.

Sources in Sanz are saying the problem is not an apartment shortage but a money shortage: few young Haredi couples are able to come up with the minimum down payment of about $80,000. Which is why at Sanz they launched the Build your Home program that helps every young Sanzer couple buy their own apartment for about $660 a month (2,500 shekels).

The couple would be directed to look for an apartment in T’veria, costing up to 700,000 shekels ($185,000). Each pair of parents must pay in about $6,600, and the Sanz gmach (loan society) kicks in a $93,000 interest free loan, and aids the couple in applying for an $80,000 mortgage from the bank. Since the couples qualify easily under Israel’s system of housing points, they should qualify for a mortgage loan that would pay for the new apartment. The couple only has to pay back about $660 a month — $265 to the gmach and the rest to the bank.

According to Walla, in Sanz about 120 couples get married each year, and there’s a backlog of about 200 new couples. However, according to a source in Sanz, the new program currently has about $14.5 million at its disposal, which should suffice to find housing for many couples. So far they say they’ve found housing in T’veria for about 300 couples.

The upside is, of course, modern housing at a low cost. But Haredi couples are used to living near their parents and close to the religious and educational institutions they grew up with. Moving to a new, remote community, although with many of their movement peers, is the sacrifice they would have to make. Halbershtam said practically all the Haredi movements in Israel are following the Sanz example, he’s being asked to assist Sephardim, Lithuanians, and Hasidim in setting up similar systems. “The housing shortage is like cancer, and we have found the cure,” he said.

About 9,000 Haredi couples get married each year in Israel, and their inability to come up with the down payment for their own home forces them to waste years worth of income on rent, instead of investing this money in acquiring their own place. The new programs, should they proliferate throughout the Haredi population, could liberate all of them. They would also help populate the periphery, expanding and bolstering Jewish settlement across the country.

PA: Kill Jews Save the World 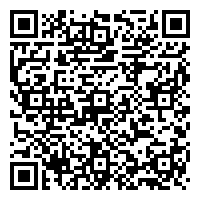