Shlomo is recently divorced with two sons who are themselves married only a short time. Although he’s still trying to come to terms with his own new life as a single man living in a small apartment, Shlomo tries his best to visit his sons as often as possible and to maintain the warm close relationship he always had with them.

One son, Dovid, was living temporarily not far from Jerusalem, where Shlomo lives, but was about to move to a new religious settlement in the north of the country. Shlomo knew they were short of both money and furniture and decided he wanted to give them the breakfront that had belonged to his own parents. He had no room for it in his current sparse lodgings and there was no reason for the tenant in his previous apartment to have a family heirloom. He would rather it went to one of the children.


But he would have to get it to Dovid within the next twelve hours or it would miss the removal truck that was taking their belongings far up north.

He called a moving company he had worked with before and they gave a price quotation of 900 shekels to pick it up and take it immediately, but the driver stipulated that he needed to see the item first. Shlomo balked at such a high price and said he couldn’t afford it, but he didn’t stop the mover when he said he’d come by to look at it within 45 minutes.

Just after that conversation, a friend of Shlomo’s, a father of thirteen, called him because he desperately needed 480 shekels to pay a bill. Shlomo didn’t hesitate. Although he’d never lent anyone such a sum before, and money was very tight in this very difficult post-divorce period, he told him to come by and wrote him out a check.

Five minutes later he got a call from the mover. He would take the breakfront for only 480 shekels if Shlomo wouldn’t pressure him to take it immediately. The significance of the two identical sums, the one he had just lent his friend and the reduced fee for the moving wasn’t lost on Shlomo. He could barely believe the hashgacha pratis.

The fee was now quite reasonable, but he still needed the cabinet to get to his son before he moved the following morning. “OK, so I won’t pressure you to take it immediately but when can you take it?”

“Some time this evening or tonight for sure”.

It was a done deal.

There was just one more hurdle. The breakfront was still in Shlomo’s old apartment and he hadn’t even mentioned to his current tenant that he wanted to take it. Thank G-d his tenant, after hearing the story, and realizing how important it was to Shlomo, agreed. However, he explained that the cabinet was full and he’d need help removing all the things that were presently in it. Fortunately Shlomo still had the boxes he had used during his own recent move and he said he’d be round with ten boxes in a few minutes and would help him pack.

With everything that had happened that day, it didn’t surprise Shlomo that after packing all of the things that his tenant had stored in the cabinet, the final item filled the tenth box.

Now that everything was in place he called his son and told him to expect a delivery of their family breakfront within a couple of hours. Dovid was overwhelmed knowing just how much the cabinet meant to his father.

The mover arrived shortly after they had finished and took the precious cabinet to his son in plenty of time for his move the next day. 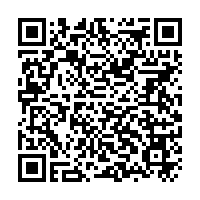