My daughter’s Rav in her Jewish College told a story from his Israeli army days one day in class. I’m sure he was making a great point. But his story stayed long after.

He was the captain and the only religious one in his troop. He felt a great sense of duty to protect his boys physically and spiritually since he reckoned this was a rare opportunity to introduce “his boys” to a bit of Jewish thought. Most were from a poor background meaning deprived of their rich Jewish heritage. Matan, one of the soldiers, as an example, who was raised in a kibbutz where pork was served on Yom Kipper, had certainly never heard nor seen any Jewish practice in action. Matan felt it was his secular duty to scoff at any little Jewish notion that Rav Avi would introduce to them. Rabbi Avi was challenged.

It was during the Lebanese War, and Rabbi Avi and his troop found themselves stationed on the outskirts in Lebanon, far from any army kitchen or store, nor on the regular food delivery route. The troop was hungry. With nothing pressing on their duty roster, Rabbi Avi was convinced by the boys to try to catch fish at the river nearby.

A few of the men were able to construct fishing rods and plied their wares into the water hoping for a catch.

“Hey Avi, you are going to eat the fish if we can catch it?”

“Does that mean if you’re hungry enough you don’t have to keep kosher?” Matan asked, probably more out of real curiosity than even any true malice.

“Are you guys kidding? Fish is the easiest food type to classify as kosher.” Rav Avi excitedly explained, thrilled at the opportunity to throw in a little kashrut lesson when able. “If it has fins and scales then it is kosher. You don’t even have to ritually slaughter it.”

Since Rabbi Avi was not experienced at fishing, he suggested he would provide the moral support by saying Psalms. He prayed that his “fish” prayer should be answered. Not only were the men famished for food, but they were starving for a sign of Hashem in their daily lives as well. In spite of the men’s perseverance in fishing the entire day complemented by Rabbi Avi’s prayers, they were not successful. Not one fish was caught.

“Hey Rabbi Avi, what’s with all those prayers of yours? Not even one fish! You can’t really believe that G-d answers prayers?”

“Matan, we are taught that G-d answers all of our prayers, we just don’t always understand His answer.”

When the men got back to the base, the men were very hungry and frustrated. Some of the guys tried to see what could be put together form the bits of vegetables that were still around. The rest of the men entered the dining tent hoping for some fare. Just then they heard a jeep pull up in front of the makeshift building. A corporal from a nearby and larger base entered the room carrying a large sac.

“I was thinking of you guys and got worried that maybe you didn’t get enough food,” he said.

He placed the pouch on the table and opened it. It was full of fish.

In Arad, Fish Swim in Cleaner Water for Rosh Hashana 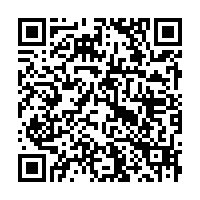