French Jews gathered at the Quai d’Orsay in Paris Thursday in a show of solidarity with Israel over the disgraceful resolutions passed by the United Nations Education, Science and Cultural Organization (UNESCSO) aimed at denying the ancient historic Jewish ties with Jerusalem.

CRIF, the political lobby group representing French Jewish communities, and the Consistoire, French Jewry’s organ responsible for religious services, called to join the protest rally, which took place opposite the French Foreign Ministry. France abstained from the vote on the first resolution by the UNESCO Executive Board, erasing Judaism’s ties to the Western Wall and the Temple Mount, last week.

The protesters expressed their outrage at the failure of France to vote against the two UNESCO committee resolutions erasing the ancient Jewish historic ties to Jerusalem and its holy sites.

“There’s been a long history of delegitimization of Israel with her land,” wrote Moshe Cohen Sabban on the French-language “Jforum” web site.

“The kingdom of Israel during its greatest reign under Kings David and Solomon, which went far beyond the current borders, has experienced many setbacks because of the schism between the kingdom of Judah with Jerusalem as its capital, and the kingdom of northern Israel.

“Rome wanted to wipe Israel off the map. It is remarkable that their heirs, 20 centuries later, are doing the same.

“The People of Israel have a clear claim to this land as our land, the descendants of Israel (Yaacov / Jacob) as appointed by God, the source of the Tributes that God brought out of Egypt to carry out in the Land that is ours by Divine Right.

“We must remain mobilized on this grave matter.” 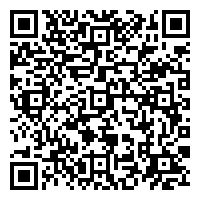