The Jewish mayor of Lod in central Israel has decided to address neighborhood noise in a similar style but just a different language.

Lod is a mixed-population city with some 45,000 Jews and 21,000 Arabs, and both entitled to pray in their own houses of worship.


The Islamic muezzin calls its worshipers to prayer five times a day via a loudspeaker which blares a chant over the neighborhood, including in the wee hours of the morning.

Mayor Yair Revivo has received numerous complaints from Jewish residents about the recorded Muslim calls to prayer, which have allegedly grown louder of late, according to the Walla! News site.

Revivo said Wednesday the daily calls have become a cause of “daily suffering and annoyance” for Jewish residents and Arabs, for that matter, who live close to the mosques. They constitute a “clear breach of the law on noise,” he said.

In response, Revivo said the city would blast the “Shema Yisrael” prayer of the Jews (Hear O Israel) each time, over loudspeakers, until the mosques lower the volume of the calls to prayer.

The mayor made the announcement during the traditional second round of Hakafot hosted by the city that takes place on the night after the end of Simchat Torah. 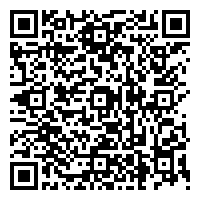