Rebecca, hitherto infertile, became pregnant. Suffering acute pain, she went to inquire of the Lord – “vateilech lidrosh et Hashem” (Bereishit 25:22). The explanation she received was that she was carrying twins who were contending in her womb. They were destined to do so long into the future:

Two nations are in your womb, and two peoples from within you will be separated; one people will be stronger than the other, and the older will serve the younger – “v’rav ya’avod tzair” (Bereishit 25:23).

Eventually the twins are born – first Esau, then (his hand grasping his brother’s heel) Jacob. Mindful of the prophecy she has received, Rebecca favors the younger son, Jacob. Years later, she persuades him to dress in Esau’s clothes and take the blessing Isaac intended to give his elder son. One verse of that blessing was “May nations serve you and peoples bow down to you. Be lord over your brothers, and may the sons of your mother bow down to you” (Bereishit 26:29). The prediction has been fulfilled. Isaac’s blessing can surely mean nothing less than what was disclosed to Rebecca before either child was born, namely that, “the older will serve the younger.” The story has apparently reached closure – or so, at this stage, it seems.

But biblical narrative is not what it seems. Two events follow that subvert all that we had been led to expect. The first happens when Esau arrives and discovers that Jacob has cheated him out of his blessing. Moved by his anguish, Isaac gives him a benediction, one of whose clauses is: “You will live by your sword and you will serve your brother. But when you grow restless, you will throw his yoke from off your neck” (Bereishit 27:40).

This is not what we had anticipated. The older will not serve the younger in perpetuity.

The second scene, many years later, occurs when the brothers meet after a long estrangement. Jacob is terrified of the encounter. He had fled from home years earlier because Esau had vowed to kill him. Only after a long series of preparations and a lonely wrestling match at night is he able to face Esau with some composure. He bows down to him seven times. Seven times he calls him “my lord.” Five times he refers to himself as “your servant.” The roles have been reversed. Esau does not become the servant of Jacob; instead, Jacob speaks of himself as the servant of Esau. But this cannot be. The words heard by Rebecca when “she went to inquire of the Lord” suggested precisely the opposite, that “the older will serve the younger.” We are faced with cognitive dissonance.

More precisely, we have here an example of one of the most remarkable of all of Torah’s narrative devices: the power of the future to transform our understanding of the past. This is the essence of midrash. New situations retrospectively disclose new meanings in the text (see the essay “The Midrashic Imagination” by Michael Fishbane). The present is never fully determined by the present. Sometimes it is only later that we understand the now.

This is the significance of the great revelation of G-d to Moses in Shemot 33:33, where G-d says that only His back may be seen – meaning, His presence can be seen only when we look back at the past; it can never be known or predicted in advance. The indeterminacy of meaning at any given moment is what gives the biblical text its openness to ongoing interpretation.

We now see that this was not an idea invented by the Sages. It already exists in the Torah itself. The words Rebecca heard – as will now become clear – seemed to mean one thing at the time. It later transpires that they meant something else.

The words, “v’rav ya’avod tzair,” seem simple: “the older will serve the younger.” Returning to them in the light of subsequent events, though, we discover that they are anything but clear. They contain multiple ambiguities.

The first (noted by Radak and Rabbi Yosef ibn Kaspi) is that the word “et,” signaling the object of the verb, is missing. Normally – but not always – in biblical Hebrew the subject precedes, and the object follows, the verb. In Job 14:19, for example, the words “avanim shachaku mayim” mean “water wears away stones,” not “stones wear away water.” Thus the phrase might mean “the older shall serve the younger.” But it might also mean “the younger shall serve the older.” To be sure, the latter would be poetic Hebrew rather than conventional prose style, but that is what this utterance is: a poem.

The Soul of Israel: Is Anyone Really Worthy of Blessings? [audio] 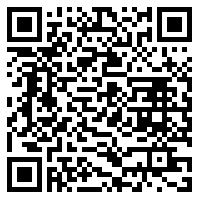