Under A Syrian Rule

More than 2,000 years ago, the land of Israel was part of the Syrian Empire. At first, Antiochus III was favorably disposed towards the Israelites and accorded them some privileges. Later on, however, when he was beaten by the Romans and compelled to pay heavy taxes, he began to tax many of the nations under his rule. When Antiochus died, his son, Seleucus IV, took over, and further oppressed the Children of Israel.

A short time later, Seleucus was killed and his brother Antiochus 1V began his reign. He was a tyrant of a rash and impetuous nature, contemptuous of religion and of the feelings of others. He was called “Epiphanes,” meaning “the gods’ beloved.” Several of the Syrian rulers received similar titles. But a historian of his time, Polebius, gave him the epithet Epimanes (“madman”), as more suitable to the character of the harsh and cruel king.

Desiring to unify his kingdom through the medium of common religion and culture, Antiochus tried to root out the individualism of the Jews by suppressing all the Jewish customs. He removed Yochanan from his position as Kohen Gadol and replaced him with his brother, Yehoshua, who preferred his Greek name, Jason. He used his high office to spread more and more of the Greek customs among the priests.

Yehoshua was later replaced by another man, Menelaos, who promised the king more money. When Yochanan protested the spread of the Hellenists’ influence, he was murdered.

Antiochus was at that time engaged in a successful war against Egypt. But messengers from Rome arrived and commanded him to stop the war. He had to yield and call it off. Meanwhile, in Jerusalem a rumor spread that a serious accident befell Antiochus. Thinking that he was dead, the people rebelled against Menelaos. The treacherous High Priest fled together with his friends.

Antiochus returned from Egypt enraged by Roman interference with his ambitions. When he heard what had taken place in Jerusalem, he sent his army in and thousands of Jews were killed. After that he enacted a series of harsh decrees: Jewish worship was forbidden, Torah scrolls were confiscated and burned, and Shabbat observance, brit milah and observing kashrut were prohibited under penalty of death.

Rabi Eliezer, a chacham of 90, was ordered by the king’s men to eat pork so that others would do the same. When he refused, they suggested to him that he pick up the meat to his lips to appear to be eating. When he said no to even that, he was put to death. There were thousands of others who likewise sacrificed their lives.

Antiochus’ men went from town to town and from village to village to force the inhabitants to worship pagan gods. One day they arrived in the village of Modiin where Mattisyahu, an older Kohen, lived. When the Syrian officer built an alter in the market place of the village and demanded that Mattisyahu offer sacrifices to the Greek gods, he replied, “I, my sons and my brothers are determined to remain loyal to the covenant which our G-d made with our ancestors!”

When a Hellenistic Jew approached the altar to offer a sacrifice, Mattisyahu grabbed his sword and killed him. His sons and friends fell upon the Syrian officers and killed many of them. Having chased the rest away, they destroyed the altar.

Mattisyahu knew that Antiochus would be enraged when he heard what had happened, so he and his sons fled to the Judean Hills. All loyal and courageous Jews joined them. They formed legions and from time to time left their hiding places to fell upon the enemy detachments and outposts, and to destroy the pagan altars that were built by order of Antiochus.

Before his death, Mattisyahu called his sons together and urged them to continue the fight in the defense of G-d’s Torah. He asked them to follow the counsel of their brother Shimon and the actions of their brother Yehudah who was called Macaabee, a word composed of the initial letters of four Hebrew words “Mi Kamocha Be’eilim Hashem, Who is like You, Hashem.”

Antiochus sent General Apelonius to wipe out Yehuda and his followers. Though greater in number and in equipment, the Syrians were defeated by the Maccbees. Antiochus sent out another expedition which also was defeated. He then sent an army consisting of more than 40,000 men swept the land under the leadership of two commanders, Nicanor and Gorgiash. The people assembled in Mizpeh, where Shmuel HaNavi had once davend to Hashem, and they were successful.

Now the Maccabees returned to Jerusalem and liberated it. Entering the Bais HaMikdash, they cleared it of the idols placed there by the Syrian vandals and dedicated a new one on the 25th of the month of Kislev, in the year 3622.

When they looked for oil to light the Menorah, they found only a small cruet of pure olive oil with the seal of the Yochanan Kohen Gadol. It was sufficient to light only for one day. By a miracle of G-d, it continued to burn for eight days, till new oil was made available. That miracle proved that G-d had again taken His people under His protection. In memory of this, our sages appointed these eight days for annual thanksgiving and for lighting candles. 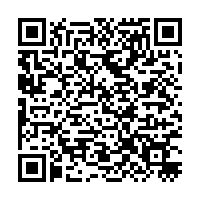