Palestinian Authority terrorists attacked Israelis in multiple areas around the holy city of Jerusalem and at the holy resting place of the Biblical matriarch Rachel, just one day after the holiest day on the Christian calendar and the start of Chanukah, the eight-day Jewish Festival of Lights.

On Monday afternoon, Arab terrorists attacked the Tomb of Rachel itself, aiming for the security forces who protect the tomb and those who come to pray at the site.


The tomb of the matriarch is located just south of Jerusalem, and slightly north of Bethlehem.

The attackers hurled an improvised explosive device (IED) at security forces guarding the tomb. No physical injuries were reported.

In three other separate attacks, Arab terrorists also hurled rocks at Israeli security forces Monday in a number of outlying neighborhoods around the capital city of Jerusalem.

Israeli forces came under attack in Shuafat, in Betunia and in Issawiya, according to security sources.

No injuries were reported by midday, and Israeli forces were using standard riot dispersal methods to deal with the attacks. 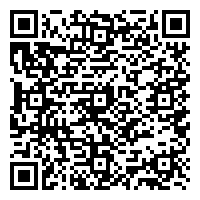