Rabi Moshe ben Nachman, widely known as the Ramban, was born in the year 1194 in the town of Gironda, Catalina. He was renowned as a great scholar and sage who wrote interpretations on the Torah and Gemara, and authored many seforim. The Ramban was also a philosopher and physician, and his services were in great demand.

One day while the Ramban was studying, an elderly man was ushered into his chambers. The man was a mystic and well-versed in the Kabbalah. He had come to urge the Ramban to study the Kabbalah. The Ramban had always avoided the study of mysticism and told the man so. When the man became persistent, the Ramban ordered him to leave.

“You’ll see,” said the kabbalist, “how necessary it is to study this mysticism. I am urging you to do this for your sake, because you are a great man and you never can tell when you may need it.”

The elderly man left the Ramban’s house, walked into a church, began to smash the statues and do mischief. He was caught, judged to be a heretic, and sentenced to die by fire that Shabbos.

When the Ramban heard what happened, he was shocked. He visited the condemned man and upbraided him for his bad behavior, which served as a reflection upon all Jewry. The elderly man seemed unconcerned, and even asked the Ramban to please prepare three meals for him to eat for Shabbos, the day on which he was scheduled to die. The Ramban thought he was mentally unbalanced and left him.

Shabbos morning, the man was led out before the crowd. As the soldiers led him over to a pit of fire, the kabbalist uttered the Holy Name, and they were suddenly struck blind. Miraculously, a goat appeared on the scene; the soldiers grabbed it and threw it into the fire, thinking it was the elderly man.

Walking home, the kabbalist entered the Ramban’s home in time to say “Amen” to the Ramban’s kiddush. The Ramban was amazed, and after hearing the entire story, he decided to learn the wisdom of the Kabbalah. He spent many months with this elderly man, and then he went to study with the sage Rav Eliezer of Garmiza, author of Sefer HaRokeach. After a few years, the Ramban became proficient in the wisdom of the Kabbalah.

The following year, a large gathering was held in Barcelona to witness the launching of a warship. The king and queen were there, as well as the entire court. So too were leaders of all nations. As the chief spokesman for his people, the Ramban was also invited to attend.

While the trumpets blared, the men released the wedges to permit the ship to slide down into the water. But something went wrong, and the boat would not move. The men began to frantically push the boat, using every method at their disposal. However, the ship would not budge.

The Ramban, seeing this predicament, remarked to one of his pupils that with the use of the Holy Name he could move the boat and, if need be, even mountains. A neighbor hearing this rushed to the king and repeated the conversation. The king commanded that the Ramban be brought before him and ordered him to fulfill his boast.

Having no choice, the Ramban requested a dinghy with a pilot to accompany him into the harbor. There he uttered the awesome Holy Name and commanded the ship to slide down into the waters. Wonder of wonders, the boat began to move slowly, and soon, with a rush, it splashed into the harbor water. The crowd cheered. However, before the king could summon the Ramban to reward him, the bishop approached the king and accused the Ramban of using witchcraft.

When word reached the Ramban, he quickly wrote out the Holy Name and the symbol of travel on a piece of paper and placed it in a corner of the little boat. Immediately, the boat jumped forward as if guided by a tremendous power. In a matter of minutes, the boat covered half the coast of Spain and he entered a port near his home.

When the boat stopped at the port, the pilot began to cry in anguish, “How can I return to Barcelona in a little dinghy? The first wave will turn it over. How did you make the boat sail on the high seas? Woe is me that I ever saw you.”

Taking pity on the pilot, the Ramban wrote the Holy Name on a piece of paper and told the pilot to place it in a corner of the boat, and when he arrived at the city of Barcelona, to make sure to destroy the note. The pilot thanked the Ramban and started the voyage back. On the way, he became drowsy and fell asleep. Meanwhile, the boat reached the port of Barcelona but because the paper was still in the boat, the little dinghy jumped the dock and began riding through the city streets. Thousands of people rushed out of their homes to witness the wonder of wonders, a boat riding on dry land. The noise of the tumult awoke the pilot, who immediately grabbed the paper and burned it. The boat remained standing in the center of the city for many years as a remembrance of that great day.

Parsha Lesson: Battling Kidnappers and Amalek, Then and Now

The Disputation of Barcelona 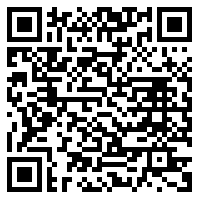