Former Arkansas Governor and longtime Republican friend of Israel Mike Huckabee tweeted early Saturday morning: “Media buzz that I was named Amb to Israel is NOT true. Was never discussed with PE Trump; slot probably not picked until State Dept in place.”

Israeli and US media Reported Huckabee’s appointment Friday morning, noting that should the news be confirmed, the appointment would signal a sea change in US foreign policy under President Trump.


Huckabee was one of the guests invited to a sit down with President Elect Donald Trump on Friday, after which a presidential transition official told DailyMail.com that he would be “America’s top diplomat in the Jewish state.” The same official also said Huckabee would supervise moving the US embassy from Tel Aviv to Jerusalem. “That’s going to happen,” the transition official said on Friday morning, “Governor Huckabee is going to see it through.”

The author of several best-selling books, an ordained Southern Baptist evangelical minister, a musician, a public speaker, Huckabee, 60 was the 44th Governor of Arkansas from 1996 until 2007. He came third in the GOP presidential primaries in 2008, behind the nominee John McCain and Mitt Romney, and dropped out of the race early in 2016. He is a Christian Zionist, who organizes trips for the believers in the Holy Land.

Huckabee’s The Israel Experience website argues that “for believers, a visit to Israel is more than just a trip to a fascinating foreign country – it’s an opportunity to experience the complex and beautiful Holy Land that was the setting for the teachings, the battles, and the miracles of the Bible.” The website promises that “you’ll learn about Israel’s heritage from both a Biblical and a historical perspective.  You’ll hear from top Israeli officials about the strategic place Israel holds today and why America is such a valuable ally to her.”

From 2008 to 2015, Huckabee hosted the Fox News Channel talk show Huckabee. From April 2012 to December 2013, he hosted a daily radio program, The Mike Huckabee Show. He is. He is also a political commentator on The Huckabee Report. 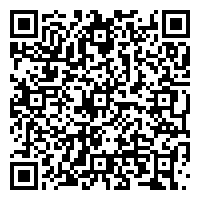