Mr. Softee truck and customer, East Broadway, NYC, Circa 2005. We caught the following online discussion from August through October, 2004 of the question of Mr. Softee’s adherence to kashrut laws, on Chowhound.com:

Ari Cohen: OK, does anyone know if these trucks which populate New York city during the summer months are kosher?


Beerhound: To my knowledge, most of the trucks are not certified themselves, but carry packaged items that bear certification (as opposed to the soft-serve stuff). But I do recall at least one truck, called “Mr. Glida,” that frequented the orthodox neighborhoods in Brooklyn that was certified chalav yisroel kosher. I don’t know if it’s still making the rounds.

Beerhound: Do they provide certification for the trucks, or just the branded mix or whatever they put in the machines?

amy t.: I passed a Mr. Softee truck and there it was… a big fat juicy Kof-K painted onto the truck.

Moshe Horowitz: Not so in Teaneck, N.J. home of the Chof K. Not so in Highland Park, N,J., Brooklyn…

James Conway: I am the VP of Mister Softee Inc. To my knowledge no trucks are individually certified. However all the food products ( ice cream, cones, sprinkles, toppings etc ) we serve are kosher. Our franchisees are required by the franchise contract to only sell the products we specify. There may be instances of dealers using non-approved product but we do our best to enforce the franchise and the vast majority of dealers comply.

Moshe Horowitz: Not here to rain or your parade but, by stating a product that is kosher when it is in its raw (powder) state is okay, but to state that Mr. Softee’s soft-serve products are under Chof K is outrightly inappropriate and untrue. The truck driver is not bound to use only the mixes that Mr. Softee sells as he can get them cheaper elsewhere. Let The Buyer Beware!!! You would be surprised what my friend when he inspected Dunkin’ Donut shops. Non-Dunkin Donut mixes were found a long with non-approved shortenings. 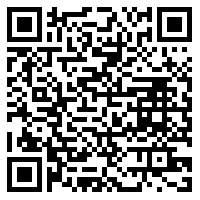