It Is: High time to discard the old and failed approach to try and solve the P.A. Arab – Israeli conflict about land. It’s over, we’ve won, the land is ours. Now we must convince the international community of that fact, instead of offering concessions for negotiations.

Within the framework of The Middle East Forum, its CEO Daniel Pipes established the Israel Victory Project a new and different approach. This is a report of its inauguration.


And: The most unusual and unprecedented reception of an African President – and why. 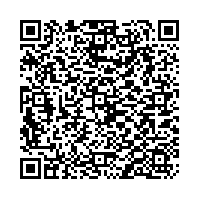