Israel’s Defense Ministry and the country’s Aerospace Industries on Monday morning launched the Ofek 16 reconnaissance satellite. The launch was carried out at 4:00 AM by the Israeli made Shavit rocket launcher from a pad in the center of the country and was a success. According to the Defense Ministry’s announcement, the satellite has already entered its orbit and began transmitting data. 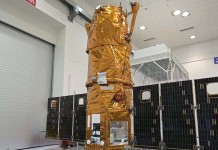 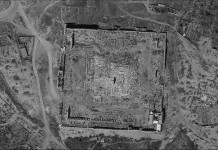