President Barack Obama sat down his Palestinian Authority chairman Mahmoud Abbas at the White House Monday, but the usual photo-op flattery was more of a case of a Big Lie facing a Big Con Man.

The president described Abbas as “somebody who consistently renounced violence, consistently sought a diplomatic and peaceful solution.” Even more surprising than the lie is that Obama was able to keep a straight face.

One of the most evil tactics used by the Obama administration in the past several years has been to bury the truth and dress it up with a beautiful lie.

The president knows very well that Abbas has been building up support among his constituents by glorifying terrorists, naming public squares after them and praising the most horrific murderers as martyrs.

The painting of Abbas as a peacemaker has support from Israel’s eternal bearer of the white flag, President Shimon Peres, who provided a warm-up for the Obama-Abbas meeting by declaring, “Abu Mazen [Abbas] is a true partner for peace and a man of principles who opposes violence and terror.”

Abbas, whose history includes a doctoral dissertation on “The Other Side: the Secret Relationship Between Nazism and Zionism,” has hitched his political success by having backed terror and then renouncing it so long as he gets what he wants. When he doesn’t, he pulls out the “resistance” card as a threat. He does not have to say it very much because his spokesman, U.S. Secretary of State John Kerry, does that for him. Kerry warned Israel this year it was asking for a new intifada if the Netanyahu government does not “negotiate” by not negotiating and simply say “yes,” “yes,” because it sounds better than Abbas’ saying “No, no, no.”

And what did Abbas reply to Obama on Monday?

The flattery was limited to thanking the United States for economic and political support, and Abbas then added that if Obama and Israel really are serious about the non-existence peace process, the president will pressure Israel to release the last of 104 terrorists who are to be released from Israeli jails as the talks advance,.

The talks have not advanced. All that has advanced is the clock. Everyone knows that Kerry knows that. He was so desperate that he told a Congressional hearing last week that Prime Minister Binyamin Netanyahu made a “mistake” by demanding that Abbas declare Israel a Jewish state,

It was a “mistake” because Abbas is not able to do so, and that means Kerry cannot get out of making himself look like a fool for trying to resurrect the “peace process” that died and was buried more than three years ago.

As noted in The Jewish Press here last week, Abbas agreed to Kerry’s nine-month plan for more talks on condition that Israel release the terrorists.

Netanyahu said at the time that their release, in four batches, would depend on a halt in incitement and progress in the talks. Incitement has increased. The more the Obama administration calls Abbas a partner for peace, the more the glorification of terrorists is drilled into the Palestinian Authority public.

The only thing that has advanced is time, which is running out on Kerry and Obama.

The play is not over, but the script is leading towards a very unhappy ending for Obama, whose foreign policy has been consistently catastrophic.

Obama told Abbas he must take the “risks” for peace.

Abbas is not about to choose peace at the risk of death. He said last week, “I am 79 years old and am not ready to end my life with treason.” 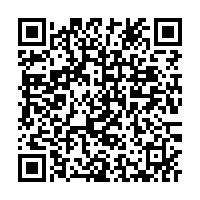