Chairman Mahmoud Abbas on Wednesday rejected Prime Minister Netanyahu’s talk about the possibility of the collapse of the Palestinian Authority, due to the wave of terror, the PA’s economic crisis, and the political crisis in the Palestinian leadership. “The PA is one of our accomplishments and let nobody dream of its collapse,” Abbas said. Ha’aretz reported earlier this week that Netanyahu told his political-security cabinet that Israel must prepare for the possibility of a PA collapse. “We must prevent as much as possible the collapse of the Palestinian Authority, and at the same time we must prepare for the possibility that it would happen,” Netanyahu said at the end of the cabinet meeting.

Abbas made his announcement in a speech in Bethlehem, during Orthodox Christmas celebrations. He reiterated past threats made by himself and by various other Palestinian officials about ending the Oslo peace accords signed with Israel, most notably the security coordination with Israel, which, when the Palestinians are so inclined, provide real value to Israeli security forces.


Ma’an noted that despite the threats Abbas had made in September, to renege on the accords, he has yet to actually sever the security cooperation with Israel. “The Executive Committee and the Central Committee of the PLO as well as commanders of Palestinian Authority security services will hold meetings next week to give the final decision and we will adhere with whatever they decide,” Abbas said Wednesday.

Abbas also urged the international community, which found time to convene on the conflicts in Syria and Libya, to also convene to solve the problems the Palestinians have been facing “since 1967.”

“The Palestinian leadership won’t allow the status quo to continue,” Abbas said, calling for the removal of all settlements established in Judea and Samaria since 1967.

Senior PA officials have told Ha’aretz that the main purpose of Abbas’s speech Wednesday was to refute the rumors of his illness. Since the rumors of his stroke began on Saturday, the Chairman has been showing up in public as often as possible, including shopping in a Ramallah gourmet supermarket and now celebrating the Pravoslav Christmas in Bethlehem. At 80, in poor health, with a lame duck president in the White House and a world that has lost interest in the relatively harmless Palestinian-Israeli conflict (when compared with the ISIS menace, for instance), Abbas appears more depressed than angry, more desperate than hopeful. 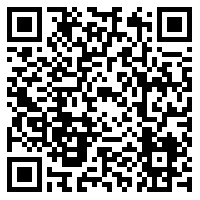