Five people were arrested in connection with the escape of six convicted terrorists from Gilboa prison on the eve of the Rosh Hashanah holiday. Those arrested were relatives of three of the escapees, Mahmad A’arida, Mohammad A’arida, and Mondal Infa’at.

The arrests were reportedly carried out in and around the town of Jenin.


Meanwhile, demonstrations in support of the escapees are being held this evening in Judea, Samaria and Gaza. Islamic Jihad has called on more people to go out and demonstrated. It issued a statement saying, “the enemy knew that our men would not abandon the prisoners and that whatever their hands had done against the prisoners would return to them.”

There have been calls for riots to be held in Jenin, Ramallah, Hebron, Nablus, Tulkarm, Bethlehem, and parts of Gaza.

Muhammad Majadele from the Arab language Radio Nas reported that Senior Islamic Jihad leader Yusuf al-Hassaina told the station that his organization told the Egyptian government that, “if the Israeli harassment against our prisoners continues, they can expect an escalation in every possible arena, including in the Gaza Strip.”

The IDF Chief of Staff has ordered an increase in the IDF presence in Judea and Samaria as a precaution. 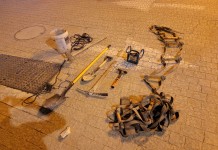 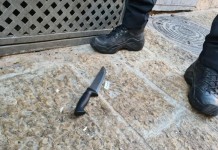 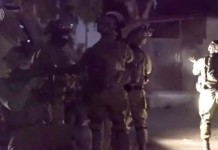 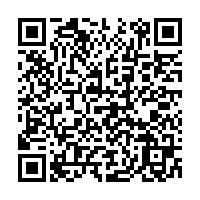