As cheerleaders shake their pom poms, top-dollar players hone their victory dances, and marketers prepare to rake in the dough raised through advertising and sales, Super Bowl XLVII will not just showcase a rivalry between this year’s best winningest football teams, but stands to highlight a burgeoning campaign against Israeli life in the biblical heartland.

SodaStream, an Israeli maker of home soda machines, aims to place its first advertisements in the US during the upcoming Super Bowl, according to an article by the Associated Press.  Aiming to make it big in the United States, SodaStream – the world’s largest manufacturer and distributor of home beverage coronation systems – seems to be a natural choice for Americans who want easy convenience, lower costs, and an effortless way to take part in protecting the environment by reducing the number of plastic bottles produced to hold their drinks.  The company is willing to stake a lot of money on that possibility – $3.5 million, the amount it takes to purchase just 30 seconds of advertising time during the Super Bowl.


And while simple consumerism might assure SodaStream a steady stream of sales, pro-Palestinian activists are working to ensure that SodaStream fizzles out.

Soda Stream is produced in Mishor Adumim, according to the AP, an industrial zone adjacent to Maale Adumim, a Jewish community in the Judean desert which has gained notoriety recently for its proximity to Israel’s latest building project, E-1.

“The new SodaStream publicity blitz has given the US boycott, divestment, sanctions movement a marvelous opportunity to bring our campaigns targeting settlement products to a new, unprecedented level of visibility and success,” said Anna Baltzer, an organizer of the US Campaign to End the Israeli Occupation in the AP report.

Though Israeli products enjoy success in the US and Europe, the massive international campaign encouraging governments, companies, and private citizens to boycott, divest, and sanction Israel has enjoyed limited success, winning an EU case stopping products made in Judea and Samaria from enjoying the same duty free status as products made in other parts of Israel, and convincing the United Kingdom to ban a SodaStream TV ad on the pretense that it disparaged other soda manufacturers.

For his part, SodaStream CEO Daniel Birnbaum says he’s “got to laugh” thinking he’s a target of pro-Palestinian activists, telling the AP that his company provides jobs and economic benefits to many Palestinians workers. 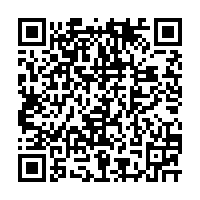