Dinah Shore is the first name that pops in the mid when trying to explain to Americans who exactly was Arik Einstein, Israel’s icon singer who died Tuesday night and was buried today (Wednesday).

For the under-60 crowd, Dinah Shore may not mean much, either. She was the face and sound of good ol’ America, when everything was clean and good. She used to close her television show with a resounding commercial, “See the USA in your Chevrolet/America’s asking you to call; Drive your Chevrolet through the United States/America’s the greatest land of all.”


The analogy is far from perfect, maybe even very distant, but Shore’s smiling voice and positive songs were the same message that Einstein left for Israel, both to the religious and secular, Ashkenazi and Sephardi and the left and right.

For good measure, throw in Perry Como – again for the old folks – as a macrobiotic substitute for Valium, because Arik’s voice and style were smooth and relaxing, especially for a nation living in constant tension.

Einstein’s classic “Eretz Israel” reflects his simple love for the country, without commercialism and without sickening-sweet patriotism:

“Arik Einstein’s well-known reclusiveness, his ordinariness, his averseness to pomposity and grandiosity, his modest way of belonging to this place – these should not hide from those living here the fact that he is a very great and profound artist, with an acute artistic conscience, perfect and totally unique,” Ariel Hirschfeld wrote in Haaretz in 2009.

He was known as a rock singer, but Einstein never screamed, never growled and never shouted. He was Dinah Shore – positive and loving.

Prime Minister Binyamin Netanyahu accurately described his songs as the “soundtrack of Israel.” President Shimon Peres stated that his songs would “continue playing life and hope” long after him.

Two people who should remember Einstein forever are the Prime Minister and President. In the mid-1990s, they were filmed singing “You and I, We’ll  Change the World” along with two celebrities, Dan Shilon and the late Israeli icon Ofra Hazan.

The lyrics are most fitting for the two leaders, one of whom is trying to keep evil from destroying the world and the other who is trying to convince evil to come to terms with true peace.

Skip to around 1:30 in the clip below, which was dug up by JTA, to see Netanyahu and Peres sing along – and shed a few tears, not only for Einstein but also for Israel that faces a world that refuses to stand in the Light unto the Nations that Israel beams.

Below the video are the lyrics of “You and I, we’ll change the world” in transliterated form. 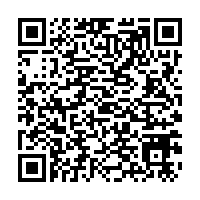