The IDF Spokesperson says there’s been no new gunfire from Lebanon, in response to news reports of a second round of shooting from across the northern border.

Earlier in the day, Lebanese terrorists opened fire at IDF soldiers engaged in routine maintenance on the security fence.


“Shots were fired from a passing vehicle in Lebanon at IDF forces during routine activity adjacent to the border in the area of Ramin Ridge,” according to an IDF spokesperson.

IDF soldiers “identified the vehicle that conducted the shooting,” the spokesperson said, and “fire was exchanged between the vehicle and IDF forces. Hits were confirmed.”

“The injured soldier, a member of the Golani Brigade, was working on the security fence when he sustained a shrapnel wound in the arm. He was evacuated to Ziv Medical Center in Tzefat for medical treatment, and is listed in good condition,” the IDF spokesperson added.

IDF troops have been placed on high alert, and a message has gone out to Israeli residents in the area that they are not allowed to enter the area near the border fence. 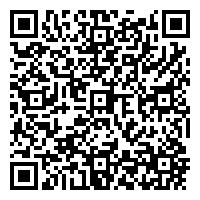