This story would be difficult to comprehend by readers who enjoy the benefits of the First, Second and Fourth Amendments. It also reflects the desperate mindset of Israel’s leftwing ruling elite inside the judiciary who wouldn’t recognize prosecutorial restraint if it bit them on the leg. On Wednesday, thirteen Jews, among them five minors ages 14 to 17, were hauled into the Jerusalem Magistrate’s Court, to be indicted for violence and terrorism, which they apparently carried out while dancing at the wedding of Yakir and Ronnie Ashbel, at the Shirat Yerushalaim hall. Incidentally, the groom, Yakir, was indicted for illegal assembly — at his own wedding.

The cases stem from a video that was shot clandestinely by the GSS at the wedding and broadcast by Israel’s left-leaning Channel 10 News some ten months ago, showing the wedding guests dancing yeshiva style, while stabbing pictures of the baby Ali Dawabsheh, who perished in an arson fire together with both his parents on July 31, 2015. The prosecution, which has indicted one Jewish man and his alleged minor sidekick, is yet to submit its case before a criminal court. There have been rumors of inconsistencies between the confession GSS interrogators have squeezed out of the suspect using torture—with the high court’s approval—and the recollections of local Arab villagers regarding the fire.


Unable to get results on the real arson case, the frustrated prosecution on Wednesday went after the wedding guests who, by stabbing a picture of the dead baby expressed their hatred for Arabs, for a repressive defense minister who locks up and tortures their friends, and for whatever else they disliked so vociferously. The accused also waved handguns and rifles, one of which belonged to an IDF soldier who was among the guests. The guests also created imitation Molotov cocktails by sticking napkins into empty wine bottles. As Attorney Itamar Ben-Gvir, who represents one of the accused, put it, every night at weddings in Umm al-Fahm and countless other Arab communities, there are weddings in which the guests are actually shooting live fire in the air to express their joy — prosecuting Jews for merely waving their guns seems a bit vindictive.

In fact, vindictive is the name of the game in this entire mad hatter prosecution. Ben-Gvir accuses the government of “selective prosecution” and points out that this is being planned as more a show trial than a trial, seeing as the summonses were sent to the media before the defendants received them.

Finally, the indictment declares that “with their actions the defendants issued a unified call to violence or terrorism or praise or encouragement of or support and identification with violence or terrorism, and based on the content of the inciting material and the circumstances under which they were publicized — there exists a real possibility that it would lead to carrying out acts of violence and terrorism.”

Here’s the internal logical conflict of the above statement: it wasn’t the wedding guests who publicized the dancing and the baby picture stabbing and the inappropriate songs. It was a GSS agent who shot the video and handed it to Channel 10 for publicizing. We left messages with several attorneys close to the proceedings regarding this issue, and will update this story when we receive their response. 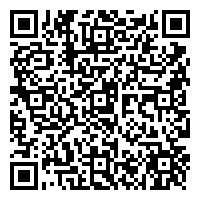