One man was wounded saving children’s lives Thursday morning in a rocket barrage fired from Gaza at Israeli communities along the southern border.

The victim did not quite make it into a bomb shelter at a local kindergarten that was hit by a Qassam rocket — he spent the time making sure all the children got into the safe space instead. He sustained shrapnel wounds and was evacuated to Soroka Medical Center in Be’er Sheva, where he is listed in fair condition.

A home was also directly hit by a Qassam rocket in the Eshkol Regional Council district. No one was in the house at the time of the attack. The structure sustained moderate damage; bomb squad sappers raced to the scene.

A barrage of six Qassam rockets was directed at the region, in addition to a dozen mortar shells that were aimed at the district. A barn filled with cows was hit as well, regional police said in a post on the Twitter social networking site. Several cows were killed in the attack.

It is not clear whether the Code Red incoming rocket alert system was functioning properly in all areas of the district.

The attack came just 25 minutes after a Qassam rocket landed in the same area. On Wednesday, dozens of rockets were fired at the Eshkol Regional Council district.

Six Palestinian Islamic Jihad terrorists, meanwhile, were struck by the Israel Air Force as they were in the final preparations to launch a rocket attack, according to the IDF Spokesperson’s Unit. “A hit was confirmed,” a spokesperson said.

By 11 am Thursday morning, Hamas had fired 243 rockets at Israeli civilians since violating the cease-fire with a barrage of rocket fire on Tuesday afternoon. Of those,184 reached Israeli territory and 37 were intercepted by the Iron Dome defense system, indicating the missiles were headed for densely populated areas in Israel. Another 16 never made it past the Gaza security fence, striking Palestinian Arab civilians instead. 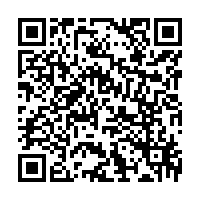