An Israeli jogger was injured late Tuesday afternoon in an Arab terror attack on a road between two Jewish communities in Judea, near Neve Daniel.

Tomer Ditor, 28, is a student and resident of Rosh Tzurim in Gush Etzion. He was jogging on Derech Avot, the road between the community of Elazar and Neve Daniel, when he was stabbed.


Ditor was wounded in the shoulder, according to a paramedic with Hatzolah emergency medical response service. He was treated at the scene and then rushed to Shaare Zedek Medical Center in Jerusalem.

“A wounded civilian arrived at the entrance to the community of Neve Daniel in Gush Etzion, reporting a stabbing. Forces are searching the area,” the IDF Spokesperson’s Unit said.

The attacker fled the scene following the attack, running towards the Arab village of Kfar Nachlin, local sources said. IDF soldiers began searching the village for the stabber on Tuesday evening. 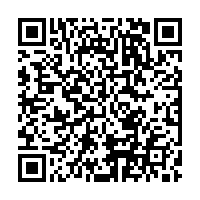