Justice Minister Ayelet Shaked believes there is no point in legislating a new law allowing the dismissal of an MK with a 90-vote majority, when all the state has to do is invoke the Knesset Basic Law article banning parties who object to the existence of Israel as a Jewish and democratic state from participating in elections. Speaking at the Jerusalem Conference Tuesday, Shaked suggested that applying this article would enable the disqualification of the entire Balad faction in the Joint Arab List.


Balad is the really bad apple in a faction that has better “apples” in it. It describes itself as a “democratic progressive national party for the Palestinian citizens of Israel.” The name is a Hebrew acronym for Brit Le’umit Demokratit (National Democratic Assembly), or National Democratic Alliance. MKs Basel Ghattas, Jamal Zahalka and Hanin Zoabi who so infuriated most Israelis over their visit with the families of terrorists in Jerusalem, are all Balad representatives.

Balad is the worst example of a minority party taking advantage of a democratic system to sabotage it. Its central stated purpose is the “struggle to transform the state of Israel into a democracy for all its citizens, irrespective of national or ethnic identity.” Balad opposes the idea of Israel as a Jewish state, and advocates for turning it into a binational state.

Balad also wants the state of Israel to recognize “Palestinian Arabs” as a national minority, entitled to all rights that come with that status including autonomy in education, culture and media. It has persisted in voting down every state budget saying they discriminate against the Arab population.

Balad supports the creation of two states based on pre-1967 borders, with a Palestinian state encompassing Gaza, Judea and Samaria and eastern Jerusalem, together with the implementation of UN Resolution 194 preserving the right of return of “Palestinian refugees” and all their generations of descendants.

Minister Shaked also said she believes demolishing terrorists’ homes is an effective step, but it must be accompanied with additional deterrents, such as demolishing illegal structures in the communities where terrorists reside. She expressed her hope that the very recently appointed AG, Avichai Mandelblit, would not adopt what she termed “consultant activism,” which harms the government’s ability to perform. 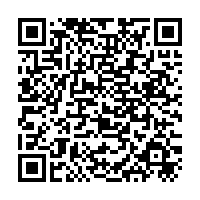